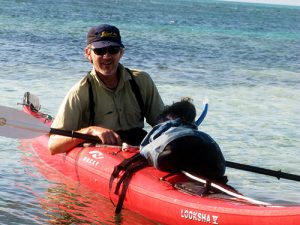 Canadian ecotourism and adventure travel company Island Expeditions proudly announces their 30 Year Anniversary with promotional events going on for the next three months. The company has also confirmed their continued commitment to conservation efforts in Belize parks, each year contributing over $100,000 to organizations that are actively involved with protecting the coral reefs, wildlife management, education and advocacy for sustainable development in Belize. Since 1987, Island Expeditions has been leading the way, introducing thousands of adventure travelers to Belize, educating them on the local Belizean culture in pristine environments. The activities the company offers include kayaking, snorkeling, Stand Up Paddleboarding (SUP), Mayan archaeology and rainforest exploration.

In 1987, Island Expeditions was one of the first adventure travel companies in the world to develop their unique brand of trips combining education and adventure on the longest barrier reef in the Western Hemisphere, even before UNESCO claimed it as a heritage site. The company is well known in Belize and has several remote island basecamps for reef activities: Tobacco Caye, Glover’s Reef Atoll (a United Nations’ World Heritage Site) and Lighthouse Atoll, which has close access to the legendary Blue Hole. Travelers can also experience a wide range of jungle adventure activities at Bocawina Rainforest Resort, a luxury rainforest resort with ziplines, cave tubing, bird watching and Mayan ruins.

Island Expeditions founder Tim Boys states, “After three decades in Belize we’ve always known since the beginning how delicate and beautiful the Belize Barrier Reef system is and it’s been our mission to provide ongoing financial support while educating people from all over the world on how important this marine environment is to the global community.” Tim further added, “Island Expeditions’ trips are designed to provide the traveler with a complete Belize experience, no matter what time of the year they come.”

Over the next three months in February, March and April – Island Expeditions will be celebrating this major 30 year milestone with 30% discounts on trips booked to Belize, with new winners announced every week; also included are chances to win gear package giveaways, Amazon Kindle E-readers and even a free lunch at popular restaurants like Olive Garden, Red Lobster and the Keg Steakhouses.