After several years of growth, this year’s ITB Berlin event, which was held 8-12 March, proved to be the largest and most pivotal for adventure travel yet. The Adventure Travel Trade Association (ATTA) was deep in the mix, hosting a popular networking event, meeting with others working in the industry, and discussing and learning more about the latest trends in adventure travel. 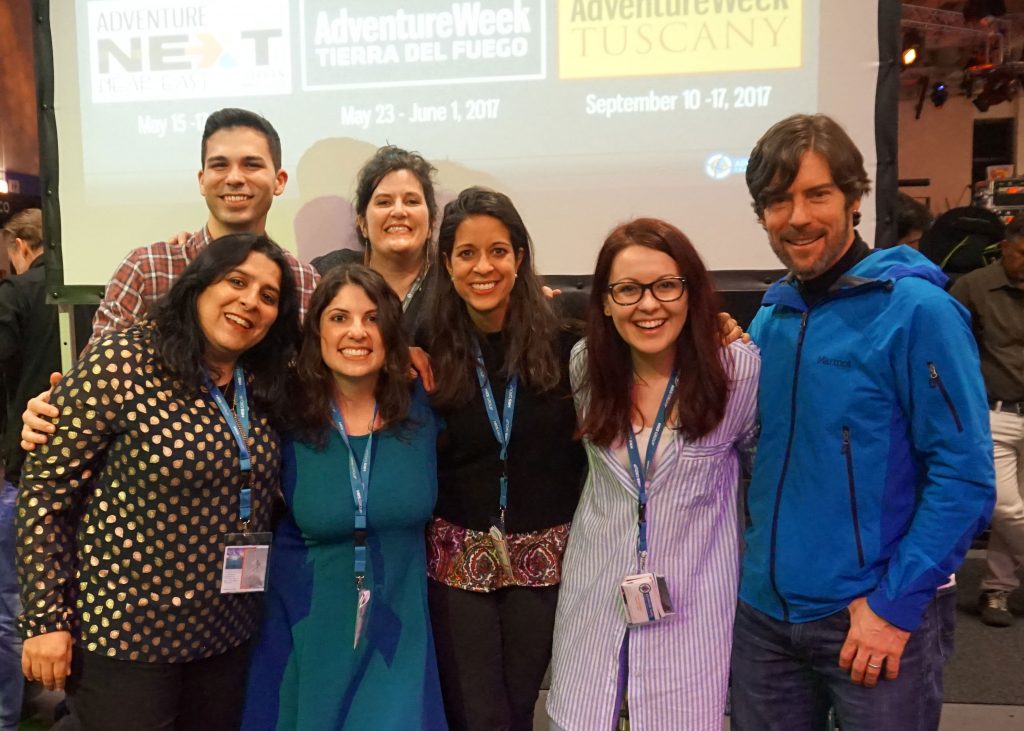 The ATTA team was well-represented at ITB Berlin.

The ATTA’s annual AdventureConnect Disruptive Networking Adventure (DNA) was made possible in part by Adventure Junky. At ITB Berlin, the company released its new app, Earth’s Adventure Travel Game, which is based on three years of research and development with the ambitious goal of reimagining the way the world travels. Read more about the app.

Attendance at the ATTA’s annual AdventureConnect Disruptive Networking Adventure (DNA) was higher than ever before. More than 250 participants from more than 60 countries were represented at the facilitated event, which encouraged participants to discuss how their work unites, protects, or leads, playing off the theme of the ATTA’s Adventure Travel World Summit, being held 16-19 October 2017 in Salta, Argentina. The 9 March AdventureConnect event was made possible with the help from partners Best of the Alps and Adventure Junky, host Globetrotter Berlin, and ATTA gear partners ExOfficio and Eagle Creek. 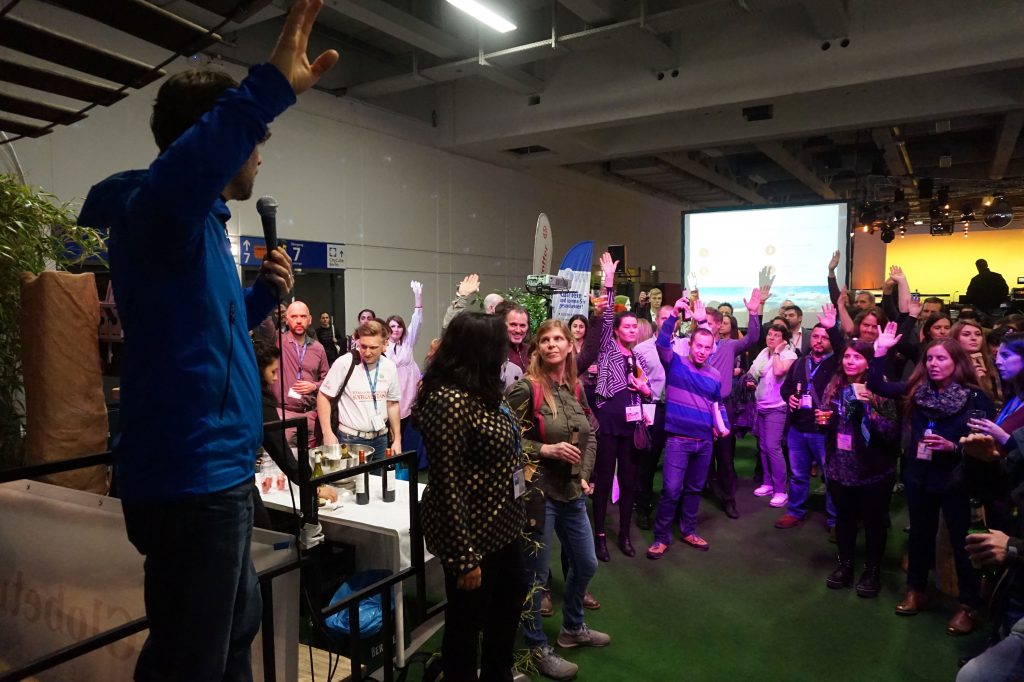 At the event, the ATTA shared information about new events and initiatives.

This year, with the ATTA’s increased stable of global events to better serve regional needs, the association helped fuel a discussion about the MENA region (Middle East and North Africa). On the Adventure Travel and Responsible Tourism stage at ITB Berlin, AdventureEDU instructor Jack Delf moderated a panel discussion on adventure travel in Jordan (host of the upcoming AdventureNEXT Near East being held 15-17 May) and the newly opened Jordan Trail. The panel (featuring Muna Haddad, managing director of Baraka Consulting and president of the Jordan Trail Association; Lina Annab, the minister of tourism and antiquities for Jordan; and Dr. Manal Saad Kelig, the ATTA’s executive director, MENA, and founder of Tedx Cairo Women) offered profound and intelligent content for a region facing fierce challenges.

Throughout ITB Berlin, the ATTA met with a number of destination representatives, operators, and industry partners, opening the doors for many potential opportunities for members. Additionally, BBC World News, which reaches an estimated 160 million people weekly across its platforms, visited the Adventure Travel and Responsible Tourism Halls and interviewed Chris Doyle, the ATTA’s executive director, Europe.

While past years at the event have been spent helping the trade industry understand the nuances of adventure tourism, this year’s discussions were much more grounded and mostly geared toward how to better conduct and run businesses. Destination representatives wanted to know how to make the most of tight marketing budgets and appropriately target the right trade partners. Industry partners and destinations alike were fixated on how to zero in on the who’s who of the industry in terms of buyers and journalists, and an extra emphasis was placed on long-range planning. Additionally, there has been tacit acknowledgement of the fact that the traveler of today and tomorrow is much different than travelers in the past. 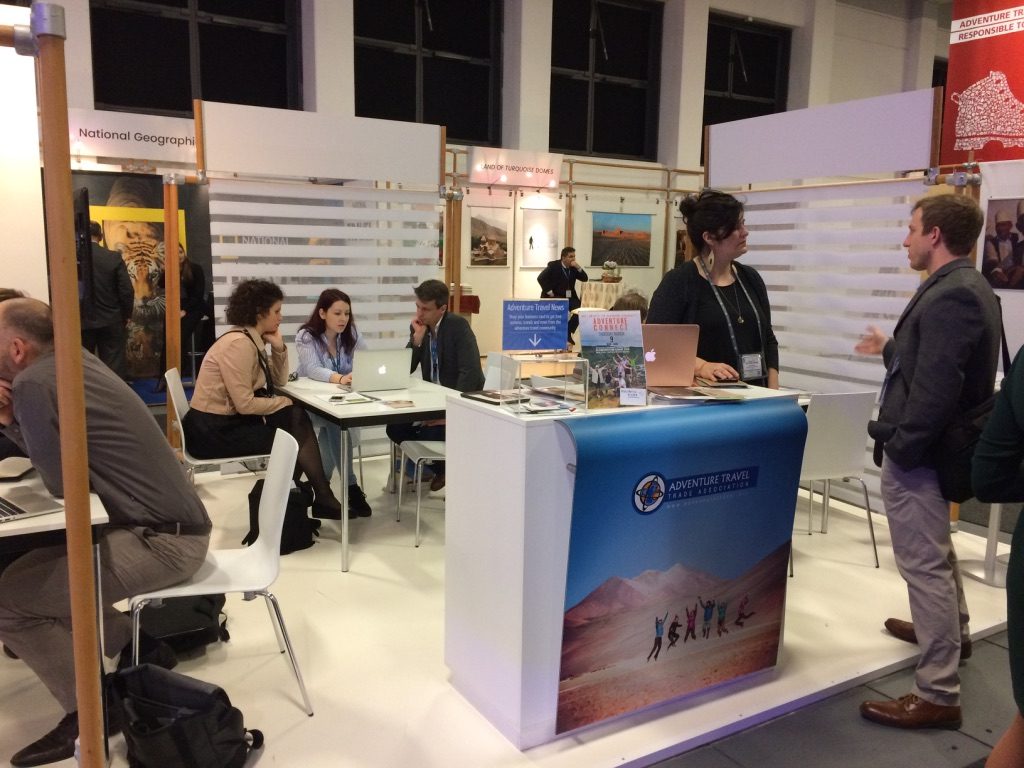 Over the course of ITB Berlin, the ATTA spoke to hundreds of people, but several common threads of conversation kept rising to the surface including the need for destinations to expand their seasonality, an increased emphasis on growing “influencer” networks, finding creative approaches to storytelling, and a growing commitment toward conservation.