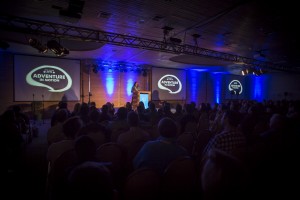 Earlier this month, audience members at the Adventure Travel World Summit in Puerto Varas, Chile, were lucky enough to get to see the winners of the Adventure in Motion film contest on the big screen.

During a plenary session on Wednesday, October 7, the ATTA’s VP of Marketing & Communication Casey Hanisko spoke about the power of film to inspire travelers to seek out adventure. In addition to crowning a winner based on votes from adventure travelers, Hanisko also announced winners chosen by the ATTA team and by the contest sponsor Toad&Co.

For those who weren’t there, we’re proud to present the three winning films here. In the professional opinion of the ATTA and our partners and from the mouths of adventure travelers themselves, here are the stories that stood out in a sea of inspiring videos.