Finalists To Be Featured on Yahoo Travel 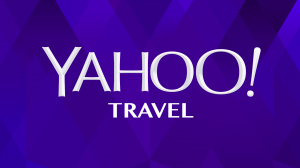 (SEATTLE) August 18, 2014 – On August 1 of this year, the Adventure Travel Trade Association (ATTA; www.adventuretravel.biz) launched its inaugural short film contest, Adventure in Motion. The ATTA is pleased to announce that the winning films will be featured on Yahoo Travel (www.yahoo.com/travel).

“Seeing these inspiring travel videos on the big screen will be a thrill for this community,” said ATTA President Shannon Stowell, “But the opportunity to see them go viral with the help of Yahoo Travel takes the Adventure in Motion idea to a whole new level.”

The contest, now known as Adventure in Motion: Film Contest with Yahoo Travel, is open to any tourism organization or business that has produced a travel film in the last year. Videos four minutes or less in length are eligible. The deadline for entry is August 22, 2014.

The ATTA is partnering with Yahoo Travel and Wilderness Ireland for this contest with the objective of celebrating creative storytelling and its role in inspiring adventure travel. Guidelines and the entry form can be found on the Adventure in Motion: Film Contest with Yahoo Travel page of the ATTA’s website.

About Adventure Travel Trade Association
Established in 1990, the Adventure Travel Trade Association (ATTA) serves over 1,000 members in 80 countries worldwide. Members predominantly include tour operators, tourism boards, specialty agents and accommodations with a vested interest in the sustainable development of adventure tourism. The ATTA delivers solutions and connections that propel members towards their business goals and the industry toward a responsible and profitable future. Through its regional AdventureConnect events and annual Adventure Travel World Summit trade conference, the ATTA excels in professional learning, networking and partnering services. With expertise in research, education, adventure travel industry news and promotion, members of the ATTA receive competitive opportunities that help establish them as leaders in adventure tourism.