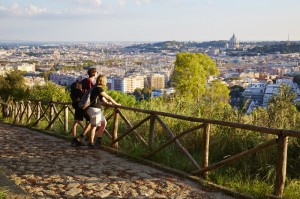 Specialist activity holiday firm Macs Adventure predicts the top trends next year for those keen to get up, get out and get active:

PUT ON THOSE ELEGANT BOOTS AND HIKE WITH STYLE

Forget basic hillside huts and a cold sandwich. First came glamping (glamorous camping) and it hasn’t stopped there. More people will opt for a “hiking with style” holiday next year where a cool boutique hotel with a touch of luxury and a great restaurant awaits at the end of some beautiful walks. Macs Adventure has seen bookings for its “in style” trips grown by 51 per cent this year and more boutique walking and cycling breaks have been added for 2014 in the UK and Europe.

Example: Cornwall In Style: There’s no roughing it on this luxe self-guided walking trip in Cornwall staying in some of the best hotels the area, including St Petroc’s Hotel, owned by celebrity chef Rick Stein.

2014 is certain to be the year when our love affair with the bike notches up a gear.  With the Tour de France Grand Départ starting in Yorkshire, the public’s renewed enthusiasm for cycling is set to continue.  Cycling opens up secret places and hidden corners of a destination that larger vehicles simply cannot access.  Macs Adventure has seen demand for cycling holidays in the UK and Europe grow by 200 per cent in 2013 and predicts even stronger bookings for next year.  Favourite UK routes include the C2C (Sea to Sea), Hadrian’s Wall Cycleway, the Great Glen Cycleway and Cotswolds Cycling already launched, with many new tours due to launch soon.

Example: The seven night “Classic Danube Cycle Path” offers relaxed cycling on dedicated cycle paths, winding along the route of the “Blue Danube” from Passau via beautiful landscapes and charming towns, to the city of music, Vienna.

The success of cookery programmes including The Great British Bake Off and Masterchef mean many of us now aspire to a gourmet experience or two both at home and on holiday.  Next year, more people will want to combine an active holiday on foot or on two wheels with some fabulous tasting experiences in the regions they are visiting.  So step up to the fine wines, cheeses, charcuterie and delicious local specialities of France and Italy – among others.

Example: Gourmet Barolo Cycling in Italy involves pedalling across the Piedmonte region, where the Slow Food Movement started, and tastings include the prized white truffle and the fine wines of Gavi, Barolo and Barbaroso.

FIT, HEALTHY AND ACTIVE AT ALL LEVELS

Never have people been so keen to remain fit and set themselves a goal or challenge.   Overall demand for walking and cycling trips is growing year on year and more options are being added for 2014.  We all have different aims and next year, the range of easy walks and cycles together with the longer distance trails and serious expeditions will have great appeal to many.

Example for first time walker: The lovely Escape to the Cotswolds walking tour can introduce novices to walking part of a national trail.

Example for experience hiker: Head off and tackle the Classic Tour du Mont Blanc in Comfort. Over this nine night tour, you will enjoy the challenge of Europe’s classic long distance walk.

A new BBC series about pilgrimages with Simon Reeve is due to be broadcast next year, which will undoubtedly spark new interest.  Bookings for walking trips to The Camino de Santiago de Compostela (Way of St James), have increased by 105 per cent since last year, according to Macs Adventure.  And since January this year the company has had more enquiries about pilgrimage tours than any other year in its decade in business. Other pilgrimages including the Via Francigena through Italy to Rome, and St Cuthbert’s Way in Northumberland are selling well, and on the back of higher demand new walks such as the Camino Portuguese have been introduced.

Example: The St Cuthbert’s Way walk in the UK, and European Camino walks start from £345. 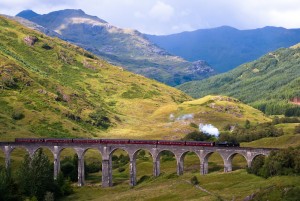 The great UK summer of 2013 which has extended well into autumn will encourage people to consider an activity break in the UK next year and there’s plenty of choice. Brits love train travel so there could well be increased interest in “Rail and Hike” tours where the blend of relaxation while watching the world go by goes hand in hand with some cycling or hiking.  The choice is great including steam trains and historic viaducts.

For those preferring foreign shores, then it’s worth remembering is that Switzerland’s trains run like the proverbial Swiss watch. Look out for some new “Rail and Hike” tours there next year.