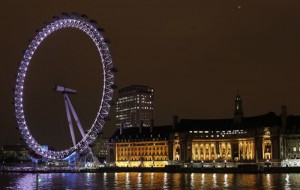 DAVOS-KLOSTERS, SWITZERLAND – In a global study released today at the World Economic Forum, it was revealed that international travel is considered even more important than the Internet, TV/movies, or political diplomacy at stimulating the economy and breaking down cultural barriers.  The independent study was conducted by Penn Schoen Berland on behalf of Marriott International (NYSE: MAR) and included the views of 1,100 global travelers and opinion leaders from eight countries, including Brazil, China, France, Germany, India, Spain, the United Kingdom and the United States.
Ninety-six percent of respondents, who ranged in age from under 35 to over 50 years old, believed that travel and tourism stimulates the economy, while 77 percent felt that “the more people experience other countries and cultures, the more peace will spread.”

“I believe we are entering a “Golden Age of Travel,” where opportunities to do business and travel abroad are opening up like never before,” said Arne Sorenson, Marriott International’s CEO-elect and current president, pointing to the number of international arrivals, which have doubled in the last 20 years and will reach 1 billion in 2012 (UN World Tourism Organization).  “Travel opens up your mind, your heart and your wallet. This survey shows it is also a powerful form of soft diplomacy in the world today.”

“Bringing down barriers to travel creates jobs and prosperity and we applaud President Obama’s announcement to reform U.S. visa and entry systems to welcome more international visitors.  We look forward to even more progress in the U.S. and around the world to develop multi-national solutions that will grow the travel industry and benefit economies and people worldwide.”

According to the World Travel & Tourism Council (WTTC), the industry is predicted to account for an extra 69 million net jobs by 2021, including direct, indirect and induced employ¬ment– almost 80 percent of which will be in Asia, Latin America, the Middle East and Africa.  Put another way, one American job is created for every 35 international visitors to the U.S., according to the U.S. Travel Association.  Marriott plans to fill about 60,000 jobs in 2012 alone, with two-thirds of those being in countries outside the U.S., where more than 50 percent of its hotel pipeline resides.

WTTC estimates that total contributions of Travel & Tourism to the global gross domestic product (GDP) are forecast to rise by 4.2 percent annually to US $9.2 trillion by 2021.  Visitor exports—or the amount visitors spend in a given foreign country—will increase 6.6 percent annually through 2021, rising to US $1.8 trillion by 2021.  As an example, in New York City alone, Brazilians spent a total of $1.63 billion, topping the $1.42 billion spent by travelers from the U.K., the $1.27 billion spent by Canadians and the $1.1 billion spent by Italians, according to NYC & Co., the city’s tourism board.

“We already knew that travel and tourism have a major impact on the economy, but now we also know that it can change people’s views worldwide,” says Mark Penn, CEO of Penn Schoen Berland and CEO of Burson-Marsteller.  “International travelers advance people’s understanding of different cultures and reinforce all that we as humans have in common with each other.”