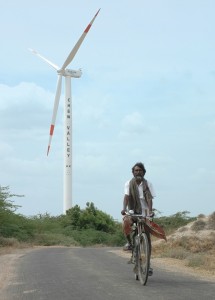 Bristol, UK – UK charity The Converging World (TCW) and ethical travel resource Much Better Adventures have partnered to deliver an alternative way to reduce the carbon footprint of travel, without resorting to carbon offsetting. The effectiveness of carbon offsetting is widely debated, but donating to TCW brings carbon savings and social benefits above and beyond the traditional offsetting schemes available.

While TCW and Much Better Adventures believe there is a place for good and transparent carbon offset schemes, carbon offsetting generally has its critics.  They often cite the offset schemes of profit-making companies, where carbon reductions can be difficult to verify, as proof of a flawed concept for emissions reductions. So, is carbon offsetting simply a distraction from the real issues of climate change, as the Friends of the Earth claimed in April 2009, or does it have a part to play in current efforts to tackle climate change?  This hotly debated question can often seem to have no resolution. 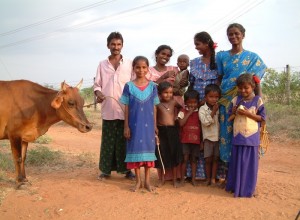 TCW and Much Better Adventures have united in their efforts to provide a simple tool to facilitate an alternative to offsetting which still brings about carbon savings in excess of a simple carbon offset. TCW have developed an innovative Carbon Calculator, which allows travellers to calculate the levels of CO2 emissions associated with their journeys by flight, bus, train, car and ferry. Much Better Adventures are encouraging their users to donate directly to TCW in acknowledgement of these emissions, rather than offset their trips – a mechanism already employed by Guardian News and Media Group in partnership with TCW. The calculator is being deployed on the Much Better Adventures’ website and will provide travellers with a suggested donation amount to give in recognition of their emissions.

TCW are looking to build more partnerships with travel organisations interested in offering a stronger solution than carbon offsetting. You can contact Tim Barker – [email protected] to discuss this. Alex Narracott, founder of Much Better Adventures is also happy to answer any questions. You can contact him through The Hub.

View the calculator on the Much Better Adventures site here: