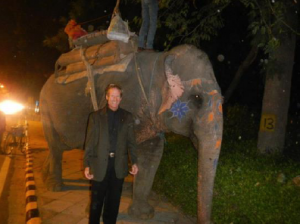 In a historic moment in Indian Tourism, the Government of India, Ministry of Tourism launched the 777 Incredible India Himalaya campaign on 27th September 2013, also the World Tourism Day.

With 73% of the entire Himalayan range lying in India; it will celebrate this with the awareness that travellers have more to experience across the 6 Indian Himalayan states.

The keynote address was made by our dear friend, a Knight of the Ibex Round Table, Conrad Anker, well known mountaineer and Brand Ambassador of the North Faceequipment from USA. 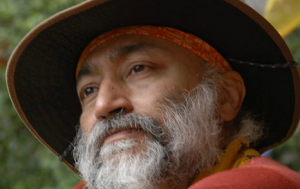 His enthralling presentation was the epic climb on the Shark fin route of Mt Meru, the centre of the Universe according to Hindu mythology, in Uttarakhand in 2011 in an Ibex assisted expedition along with his two climbing partners, Jimmy Chin and Renan Ozturk.

Mandip Singh Soin, Founder of Ibex Expeditions delivered an in depth presentation on the Indian Himalaya, covering areas, destinations and possibilities. He moderated the Session with other Speakers on Branding and Marketing the Himalayan product.

Ibex Expeditions invites climbers from around the world to enjoy this opportunity during the next two years until end 2015.

Find out more about Ibex Expeditions at www.ibexexpeditions.com.