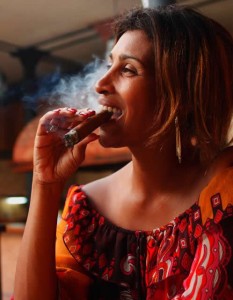 With license in hand from the U.S. Department of the Treasury, Office of Foreign Affairs, ALA’s programs will promote cross-cultural, people-to-people contact through licensed guided tours in Cuba in a style similar to its other culturally immersive international programs, said Dan Austin, Founder and Director.

One 10-day tour itinerary with an as-of-yet undetermined number of scheduled departures will launch in early 2012. Custom / exclusive small group trips will also be offered. Additional itineraries (requiring separate approval) are on the drawing board for the future, he said.

“Excitement about an ALA tour program in Cuba has been running high among staff and past trip alumni, said Austin. “There’s already a wait list with enough interest to fill the first two departures!”

Austin said the formal permitting process began early in 2011 after nearly three years of research into the possibilities of conducting guided adventure tours in Cuba.

“Because most Americans have been prevented from visiting Cuba since the US embargo in the 1960s, we are extremely curious about our neighbor just 90 miles to the south of Key West, FL. Our license will allow us to finally lift the veil and rediscover this destination that’s been off-limits to Americans the past 50 years,” said Austin. He noted that Cuba is an untapped market that “fits well with our core goals of exotic/desirable destinations, easy access from the US, lots of activities, a distinct and colorful culture, a friendly and welcoming host population and opportunities to immerse travelers in authentic Cuban life including world-renowned music, cuisine, art and dance.”

Noted Latin American authority Christopher Baker, author of six books on Cuba, worked hand-in-hand with Austin to create an itinerary exclusive to ALA. Baker will lead many of the set tour departures as will other recognized experts in Cuban lifestyle and culture.

Baker is well-known on the speaking circuit for his insightful lectures on Cuba before the National Press Club, National Geographic Society (televised “Live from National Geographic”) and World Affairs Council, among other prestigious organizations. He has also appeared speaking about Cuba on ABC, CBS, Fox TV, NBC, NPR, and dozens of other radio and TV outlets.

With years of hands-on experience and countless connections to Cuban individuals of all walks of life. ALA proposes to use interactions with Baker’s personal Cuban acquaintances as a core component of the educational tours.