Assistant Editor’s Note: This article, by Nick Verrastro, was originally published on TravelMarketReport, and is re-published here with full permission.

The task force will research the needs of Hispanic travelers and educate members of both associations about how to serve the growing market effectively.

Miami travel agent Olga Ramudo, president of Express Travel, is heading the task force. A member of both ASTA and NTA, Ramudo noted that this is the first time the two industry associations are “jointly getting behind this market.” 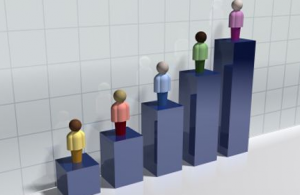 ‘Enormous potential’
“I’m passionate about serving the Hispanic travel market, which holds enormous potential for the travel industry,” she said. “The numbers are powerful.”

Hispanics have higher discretionary spending than any other U.S. minority, according to Ramudo.

Learning how best to meet the needs of Hispanic clients will benefit members of both associations, since satisfied clients tend to be happy travelers, Gonchar noted. “And happy travelers travel more.”

Traveler characteristics
Hispanic travelers, whatever their backgrounds, share common characteristics that travel agents should be aware of, the executives said.

For instance, Hispanics tend to travel with their families – both immediate and extended. Also, Hispanics like to shop – even more than other American travelers.

They can be a huge source of repeat and referral business provided that travel agents give them the service they are looking for.

Parallel tracks
NTA and ASTA decided to form the joint task force when they discovered they were on parallel tracks. Both groups had already been seeking ways to address the enormous Hispanic growth market for travel, officials said.

Hispanic Americans are projected to number 130 million by 2020, according to Simon. They represent an enormous “burgeoning market” – a market that’s at the fingertips of both travel agents and travel packagers, she said.

That’s in contrast to the hurdles the industry faces in capitalizing on the potential of the much-discussed emerging travel markets of Brazil, China and India.

Other areas that have potential for members of both industry groups – ASTA’s travel agents and NTA’s travel packagers – include adventure travel, and disabled and special needs markets, Gonchar said.