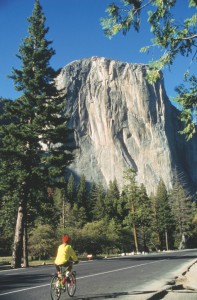 Billings, MT.– For the second consecutive year a leading adventure travel company will donate a portion of its profits to US National Park preservation.

Austin-Lehman Adventures (ALA), the award-winning active travel company setting adventure tour standards in the Americas, Europe, Africa and beyond, announces that its 2011 Preserve a Park Program recipient will be Yosemite National Park. In 2010 it was Glacier National Park that benefitted from the preservation program.

As a youngster, Dan Austin, ALA’s founder and owner, says, “I was blown away by Yosemite’s surreal, natural beauty. So much so that the experience helped propel me on the path of backcountry adventure that I still find myself on today.” He notes that, “such grandeur and magic will leave its mark on anyone of any age who is open to being so humbled by nature.”

Throughout the 2011 season, his company will donate to the Yosemite Conservancy $100 per guest booked on each of the five scheduled small group departures of Yosemite Family Vacation. See:

Austin promises that this active six-day/five-night program will “focus on rappelling, not rap and on tubing, not texting, with a lot of awe mixed in from Mother Nature after hiking to a 2,425-foot waterfall, looking up at an 8,842-foot granite dome and embracing a 3,000-year-old, 300-foot Giant Sequoia.” 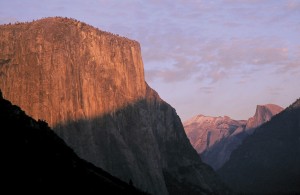 In 2010, the Yosemite Association and The Yosemite Fund merged to form the Yosemite Conservancy. Today it is a not-for-profit organization that preserves and protects Yosemite for generations to come through habitat restoration, trail repair, education, wildlife management and scientific research. Over the years the effort has generated over $60 million in contributions which in turn has funded over 300 completed projects.

Although not America’s first designated national park, Yosemite was central to the development of the national park concept. It is on the list of World Heritage Sites primarily due to its exceptional natural beauty portrayed by five of the world’s highest waterfalls, a combination of granite domes and walls, deeply incised valleys, three groves of giant sequoia, numerous alpine meadows, lakes, diversity of life zones and variety of species.

Austin said Preserve a Park donations help National Park programs face a proposed 2011 $22 million funding cut. Last year his company’s Glacier National Park departures sold out, resulting “in a significant donation” to the Glacier National Park Fund. Preserve a Park is the platform for ALA’s ongoing conservation and educational initiative, an annual program that will be aligned with a different national park each year. The company will provide financial contributions to an organization that best supports that designated park, while featuring an educational experience for guests who book one of the tour company’s Preserve a Park trips.