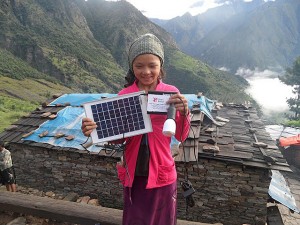 On July 28-30, 2016, a team from Wildland Adventures will embark on a charity climb to the summit of Mt. Rainier to assist four schools in Nepal that have been devastated by recent earthquakes.

The team’s goal is to raise $5,000 to provide solar panels and lights to four primary schools and panels with the capacity to power up to four desktop computers in addition to lighting at a secondary school, all in rural Nepal.

The group of eight climbers seek pledges to support this campaign as they make a determined effort to reach the summit of the highest mountain in Washington State. With an elevation of 14,416 feet, Mount Rainier is considered one of the most dangerous volcanoes in the world and is the most heavily glaciated peak in the lower 48 states.

A fundraising page at YouCaring.com supports this mission.

“I’m proud of our ambitious climbing team for embarking on this adventure to raise desperately needed money for our brothers and sisters struggling to recover from the 2015 earthquake in Nepal. It’s that spirit and commitment to making the world a better place that fuels all of our adventures,” says Kurt Kutay, founder and owner of Wildland Adventures. 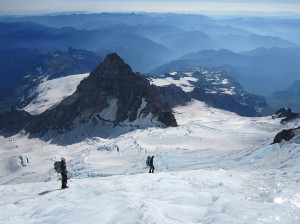 Kelsey Wenger, a Wildland tour leader and travel advisor, and other staff, clients and friends will deliver the solar panels to the schools in November 2016 during Wildland Adventures’ Himalayan Odyssey: Bhutan to Everest. In part to commemorate Wildland Adventures’ 30th anniversary this year, Wenger designed this 15-day journey from Bhutan to Nepal to include a six-day trek in the shadow of Mount Everest. The adventure culminates in a spectacular aerial viewing of the world’s highest mountain by helicopter.

The community sites for assistance were selected by Wildland’s Nepal ambassador Jwalant Gurung, who began the tradition of climbing with a purpose in 2006 by founding Seattle-based 3 Summits for Nepal, a family of climbers dedicated to transforming the lives of underprivileged children of Nepal. He personally selected the schools that were most in need of support. They include three schools in Taplejung District built after the Sikkim earthquake of 2011 (magnitude 6.9) which affected the entire Kanchenjunga Conservation Area. The fourth is in Singla Village near the epicenter of the 2015 Nepal earthquake, where every single home was destroyed. A Kathmandu native and resident, Gurung holds an MBA from the University of Washington.

“In these villages, my goal is to not only build schools but to also build an Early Childhood Development Center to encourage and foster alternative learning at a very early age in the villages. In the villages of Nepal – and even the cities – learning by rote is the norm. I want to incorporate song, dance, art and play into learning,” says Gurung. “If Wildland can raise more than $5,000, 3 Summits for Nepal will use additional funds to help rebuild homes. To date our Nepal team has rebuilt 15 homes and we hope to rebuild at least ten more this year at a cost of $45,000.”

To donate please go to: https://www.youcaring.com/ClimbForNepal.