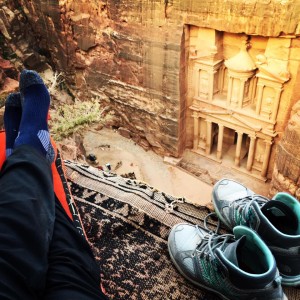 Winding 650 kilometers from Um Qais in the north to Aqaba in the southern end of the country, the “Jordan Trail” was born from the extensive work of over 30 volunteers over the last three years. It was built on the wanderings of a British couple, Tony and Di Howard, who spent 30 years in Jordan mapping routes and publishing hiking guide books. The trail was formalized in 2015 by the establishment of the Jordan Trail Association (JTA), spearheaded by Muna Haddad, Founder and Managing Director of Experience Baraka and now president of the JTA.

The development of the Jordan Trail will help to reposition the country as an adventure travel destination, and promote tourism in places outside of Petra, the crown jewel of Jordanian tourism.

“[The Jordan Trail] will give a competitive advantage to the region,” Haddad says. “It attracts a different type of tourist that is interested in exploring the country on a deeper level rather than the mass tourist.” 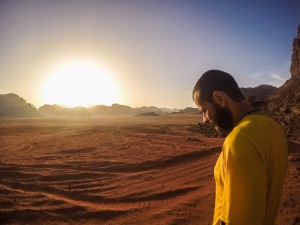 “It is great to have that kind of support,” says Haddad, regarding the recent USAID agreement. “We [at the Jordan Trail] are a brand-new association — usually the support goes to already-created, long-running associations. It reflects on the value that donor agencies in general and USAID in particular see in Adventure tourism and its role in developing sustainable economies.”

In fact, this is the largest grant that USAID is giving out in the tourism sector (via the BEST project) this year. The funding is meant to help the Jordan Trail project get structured and established, since there is still a need to lay down infrastructure, place waymarks, and market the trail. In the third respect, the Jordan Trail is working closely with the Jordan Tourism Board to bring in media and other important players from the sector to get the word out about the trail.

But what makes the Jordan Trail so special? For one, this massive project greatly supports the local community. The trail traverses 52 villages, where it creates jobs in rural areas thereby reducing poverty (one of USAID’s pillars), as well as supporting local economic development and cultural protection of these local communities. In other words, it creates a reason for people to stay in rural communities, and preserves the local way of life. 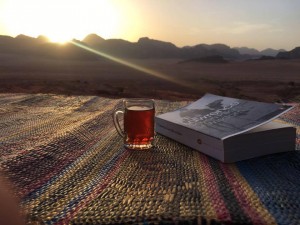 Stretching across Jordan from north to south, the trail is divided into eight sections. It will take an estimated total of 40 days to walk the whole trail, though the association envisions most guests will hike only sections. Its diversity is another standout trait of the trail.

In the north, hikers amble through oak forests, olive groves, villages and vistas overlooking the Sea of Galilee. Hikers may also stumble over archaeological sites as spectacular as Petra, but much less visited, many of which are still being excavated. The middle section is a geologist’s paradise: here, the hiker can see rock formations many millions of years old, which used to be at the bottom part of the Earth’s crust but were brought up by a great rift valley. And in the south, the hiker will finally cross the deserts — the classical image of Jordan — where one can hike for days without seeing anyone. Lining up with USAID’s vision on sustainable tourism, the trail helps to ensure the environmental sustainability of the vastly diverse regions it passes through.

“Jordan has been marketed as a classical destination with the classical image of archaeology and history, which is great. But [the Jordan Trail] is a different way of doing the classical sites,” explains Haddad. “Petra is the flagship of Jordan, but with the trail you do it from the backside, so you miss the crowds and end up with a magical view of the Monastery.” 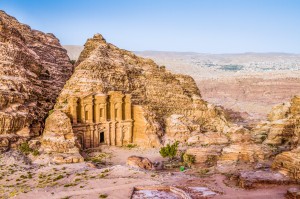 She further illustrates that one of trail project’s greatest strengths is the local Jordanians themselves. “For me, the trail is about the people; it’s personal. Some people enjoy hiking with great landscapes and don’t mind not seeing anyone for days, but I love meeting the interesting characters along the trail. Each village has a unique cultural locality, and when you’re slowing down the pace and hiking instead of driving, that’s when all the stories unravel,” she says.

Malia Asfour, Director of the Jordan Tourism Board, North America agrees, “When people come back from Jordan, they always talk about the people – but of course that’s the hardest part to market!”

The Jordan Trail Association’s (JTA) vision is simple: the Jordan Trail is to be open to everyone who wants to walk it. The JTA’s mandate is built on four pillars: developing and maintaining the trail, working with the local community, working alongside the private sector to support it and marketing the trail. To accomplish its goals, the JTA is working with the Ministry of Tourism and Antiquities, USAID and the Jordan Tourism Board. “Strategically, it helps [the Jordan Tourism Board] add another product in the adventure tourism sector,” says Asfour. “It is a new product to add to a mix of products already offered. There is a recent trend of doing routes, especially spice routes, so we are pushing it out and working with niche markets. We will be working with online agents as well.”

The JTA is already working with some local suppliers, many of whom have been involved in the project from the early stages, and in the next few years, they hope to see more and more suppliers include the Jordan Trail as part of their itineraries. 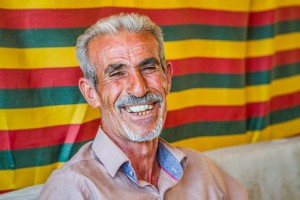 The project is not without challenges. “One of the most challenging things is that trails around the world are dynamic and things are changing all the time, especially in developing countries – roads are being built, changes are always happening,” says Haddad. “Trails are never static.”

Originally, there was limited financial support from the government, hence the need to get creative via the agreement with USAID. However, the new Minister of Tourism and Antiquities H.E. Lina Annab is one of the founding members of the association and is making the trail a priority. But, a trail is only as good as its hikers: “The challenge is finding the right balance, attracting the right people and balancing the infrastructure,” says Haddad. Education (both guide training and general education about sustainability) is important too. Since the trail will open up the outdoors to Jordanians and international guests alike, Haddad and Asfour concur that everyone has a responsibility to make sure the project is done properly and sustainably.

Both Haddad and Asfour agree that it is no longer about the quantity of tourist arrivals; it is about the quality of the tourists who arrive. In the next couple of years, Haddad hopes to see the association take a step back. “I hope to see [the association] being in the background and the local companies and communities shining,” she says.