Over the last two years the Adventure Travel Trade Association (ATTA) has actively supported efforts to end wildlife trafficking around the globe. In 2016, the ATTA spent time in Washington, D.C., along with our close partner the World Wildlife Fund (WWF), meeting with the U.S. government to raise this issue’s profile with the administration at the time. Since then, the ATTA has become a member of the United States Wildlife Trafficking Alliance (USWTA) (a program of the Association of Zoos & Aquariums [AZA]), actively promoting and sharing wildlife trafficking education tools with ATTA members. The organization is also a signatory to the Travel & Tourism Declaration on Illegal Trade in Wildlife, and I spoke on behalf of the ATTA at the World Bank’s International Conference on Nature-Based Tourism in Conservation Areas (NBT) in Mozambique this past June. 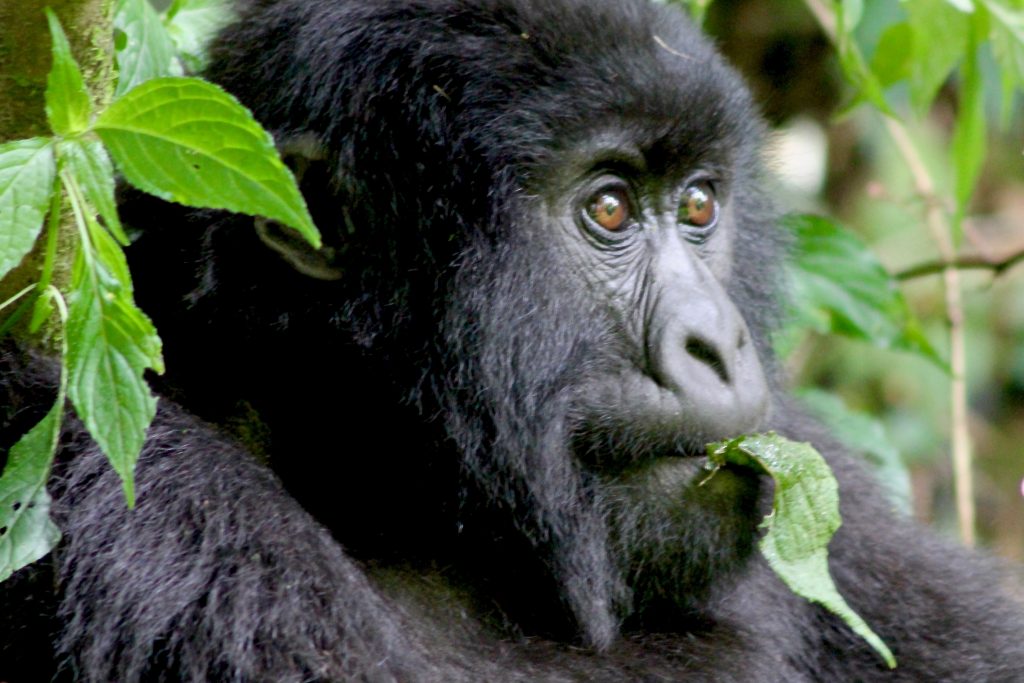 Protecting Africa’s wildlife requires implementing solid management, conservation, and governance processes along with an environment that supports these conservation initiatives.

The NBT conference brought together an esteemed group of attendees and speakers from across Africa. Celso Ismael Correia, Mozambique’s minister of land, environment, and rural development, opened the event with an appropriate reminder: “We need nature more than nature needs us” and “we need economy but also dignity.”

When I spoke with participants from Kenya, Botswana, Zambia, and beyond, the stance on wildlife protection was and is wildly different. Pride of country and legacy is strong, and the reality that corruption is often rampant throughout governments is a well-known reality. There were also many hopeful people — people who truly believe Africa has much to offer the world. I’d like to share my learnings from the conference so more of the industry understands the issues facing businesses and non-governmental organizations hoping to end wildlife poaching in Africa.

One out of every 14 jobs in Africa is in tourism. There are also more than 300 tourism projects in Africa supporting tourism development across Africa. International arrivals to Africa are growing with 2017 numbers at 62 million. This is all positive. However, there are negative statistics as well: 20,000 elephants are poached every year in Africa, rhinoceros populations are declining with more than 1,000 killed per year, and fewer than 20,000 African lions remain in the wild. 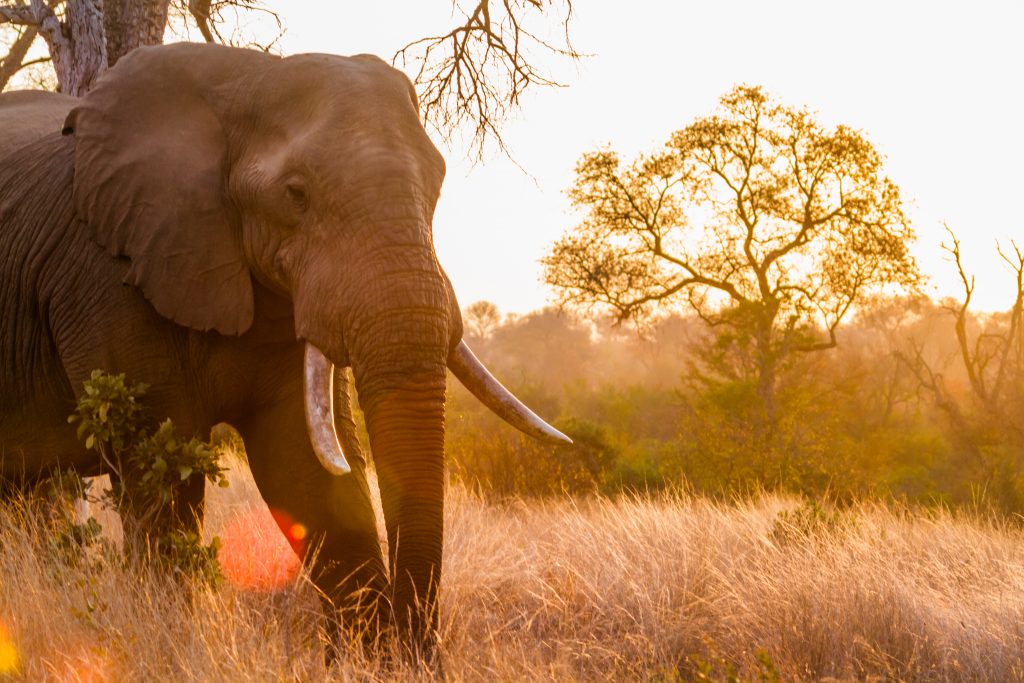 An elephant is worth 76 times more alive than dead, but that message needs to be appropriately communicated to local communities.

At the conference, former president of Botswana, Ian Khama, shared from the stage that the challenges to growing Africa’s tourism industry is fairly consistent across the continent. These include:

Putting a Price on Nature

Another important topic is regarding nature’s value. According to a 2014 report from the David Sheldrick Wildlife Trust, an elephant is worth 76 times more alive than dead. Tusks can sell for around $21,000 USD while a live elephant can bring in more than $1.6 million in ongoing tourism dollars over its lifetime. This is just the economic value for a community. There is also the value of community pride, environmental benefits, and cultural sustainability.

Protected natural areas, wildlife, and vibrant communities are an important part of the adventure experience. A panel on sustainability at the NBT conference highlighted ways governments and NGOs can best work together going forward as more partnerships are created across public and private sectors.

Mozambique has been a pioneer in partnership management models for protected areas. Clear lessons learned so far include the importance of creating a long-term agreement with the government; implementing solid management, conservation, and governance processes; and establishing long-term revenue and funding solutions.

However, all of this is clearly not going to support long-term success if the government doesn’t create an enabling environment. An attending biologist at the conference shared her view of the struggles scientists face when poachers are jailed and then released through bribes, and the poaching continues. Armed officers sometimes visit lodges created for tourists; clearly this does not fill the need for a safe and secure environment.

Suggestions from the panel included governments shifting their skills from execution to regulation and from single-park systems to multiple parks. Greg Carr, an American entrepreneur, is an important conservation leader in Mozambique as Gorongosa National Park’s management collaborator. His efforts to protect wildlife are almost overshadowed by the efforts he makes to support the “buffer zone” outside the park. Two-thirds of the $40 million Carr has pledged for the park are spent on education, healthcare, and business creation for those communities. 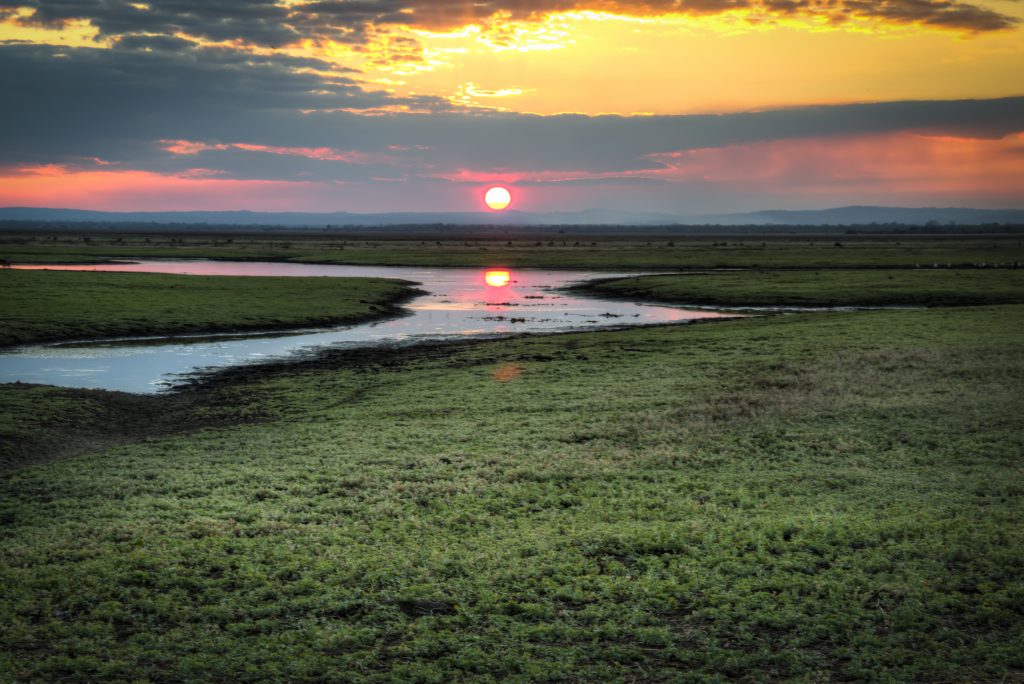 There are efforts near Gorongosa National Park, located at the southern end of the Great African Rift Valley, to support the surrounding community in order to help protect the local wildlife.

In an interview with Idaho Public Television, Carr explained the situation: “There’s 200,000 human beings that live in the ‘buffer zone.’ They’re some of the poorest people in the world. They’re mostly farmers. And we’re engaged in their lives. We build them schools. We build them health clinics. We build them farms. We help them improve their farms. If we help those farmers, we’re helping some of the best people in the world who want to succeed, who need a little bit of assistance; but it’s also good for Gorongosa Park, because if the farmers are doing well outside the park, then they’ll support our objectives of saving animals inside the park.”

What can we as the travel and tourism industry do? Organizational efforts around the globe to change consumer behaviors and bring awareness to the issue are important. Cutting off the demand means there is no need for a supply. The AZA/USTWA and the World Travel & Tourism Council are working closely with the WWF. A consumer campaign launched by the WWF and supported by the WTTC focused on Chinese travelers (the demographic with the highest intent to purchase ivory) to Thailand launches 26 September. This is aligned with Golden Week from 1-7 October, a time during which there is a surge of Chinese travelers to Thailand. Look for the hashtag #TravelIvoryFree.

The ATTA will continue to share tools and learnings from the USWTA. As part of the new AZA/USWTA Tourism and Travel Working Group, it is a priority to educate more consumers throughout our industry on the need to save the planet’s wildlife. In the last four decades we have lost 58 percent of our wildlife. My hope is we start to level these numbers off — or even increase them. I know my children will benefit from it, but, more importantly, the thousands and thousands of children living near the parks, forests, and savannas that the wildlife call home will have better lives for it.

1 Comment to Underneath the Acacia Tree: Wildlife Protection in Africa, A Complicated Business