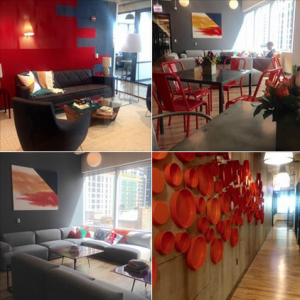 New York, NY – Turner Public Relations, Inc. (Turner PR) recently announced the opening of an office in Chicago, IL, as well as the addition of a wealth of new talent to its ranks. The boutique firm, which specializes in media relations, social media, content and digital communications for travel and lifestyle brands, represents some of the world’s best hotels, resorts, destinations, fashion, active and modern outdoor brands.

“A veteran at Turner PR, Melanie’s presence in Chicago gave us the opportunity to open an office, and expand our reach and effectiveness,” stated Christine Turner, founder and president of Turner PR. “Chicago has always been an important market for our travel and lifestyle clients, as well as media, influencers and tastemakers.”

In New York City, Jeff Maldonado was hired as Vice President of Digital Communications, bringing with him deep experience in the social media and digital content realms. Jeff will oversee Turner’s extensive social, digital and content practice. Most recently, Jeff served as a lead strategist for the digital and social media practice, as well as business development, at FleishmanHillard, a public relations and marketing communications firm based in NY. His résumé includes stints with Verizon and Walt Disney Resorts, as well as the National Basketball Association (NBA), where he managed brand and multicultural marketing, including day-to-day social media and digital marketing efforts. Jeff is also an adjunct instructor and visiting lecturer at New York University (NYU), where he received his graduate degree.

Deborah Park joined the Denver office as Senior Director on the travel team. She will play a strategic leadership role on both tourism and resort clients across Turner’s domestic and international portfolio. Deborah was most recently the Associate Director of Communications with Visit Denver, the Convention & Visitors Bureau, where she played a leadership role for nearly five years, overseeing public relations, content, and social media. Prior to joining Visit Denver, she spent six years in Los Angeles, CA, working both at agencies and in-house for Universal Studios overseeing International, Travel, Hispanic and Online Media.

The firm also welcomed Jessica Stollberg as the agency’s in-house graphic designer. A critical member of Turner’s content development team, Jessica creates visual storytelling across a wide variety of mediums. Jessica worked most recently with an advertising agency in Minneapolis, MN, and has been freelancing for several companies, including Vail Resorts, since moving to Denver. She’ll bring a sharp, versatile and stylish look to the visual side of Turner’s efforts.