Assistant Editor’s Note: In ATTA’s ongoing work with and monitoring of consumer media, we work to stay apprised of what the pundits are saying and wish to share it with AdventureTravelNews’ readership. The following synopsis of what self-proclaimed “Digital Media Journalist” Vadim Lavrusik is predicting for the industry in 2011 attracted our attention and found it worth sharing with you (All copy within the synopsis is drawn directly from the referenced source.). To read the full article on Mashable, click here. 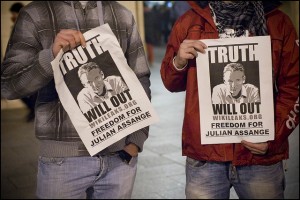 1. Journalism will be incorporating the ‘Leaks’ phenomena

Wikileaks gained public attention in 2010, and will be defending itself against lawsuits from multiple governments in 2011. Time Magazine has stated, Wikileaks “could become as important a journalistic tool as the Freedom of Information Act.”

But even if the site — which allows for the anonymous revealing of confidential government and corporate documents — is shut down this year, Lavrusik projects that similar whistle-blowing operations will continue to pop up and join the ranks of Openleaks, Brusselsleaks, and Tradelinks. Keep an eye out for websites mimicking this model for smaller, distinct niches.

2010 saw Techcrunch merge with AOL, and Newsweek with The Daily Beast. As new media, blogging-for-business-creation and online content continue to grow stronger and gain validation in the market, 2011 will likely see more online companies fusing with traditional media outlets, whose profits have otherwise been declining. 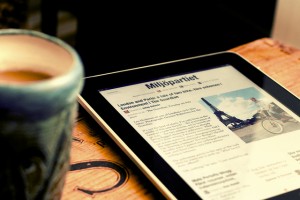 3. A Reversal of the ‘website first, mobile second’ model

With the advent of The Daily, News Corp’s iPad-only news organization, Virgin’s iPad-only magazine Project, and News.me, a personalized news iPad application under development by the New York Times, the traditional start-up platform reversal is officially underway. Leading the trend is the high adoption rate of consumer content on mobile devices combined with the higher level of comfort people have making purchases on their smartphones versus the web.

4. Consumers ‘Checking In’… For News

Despite the surplus of so-called “check-in” applications such as Facebook Places, Foursquare, Gowalla and Google’s new HotPot, only 4% of adults online are using these applications.  While these apps currently have a strong focus towards arming consumers with deals and events in exchange for their participation, Lavrusik believes that they will gain a larger market adoption as they increasingly offer local news based on geo-tagged content, sent to you as your GPS location changes.

The global deluge of social media usage continues, with Facebook receiving 25% of page views  and 10% internet visits in the US in 2010 alone. Many news sites are increasingly focusing on utilizing social media referrals to draw in traffic over SEO, as a higher quality source yielding more page views and longer term loyalty. 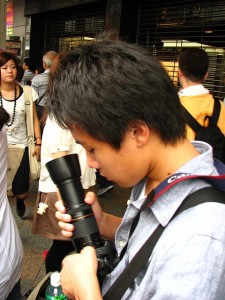 With the combination of financial pressures of news organizations and the increased quality of technologically generated content from the average citizen, 2011 may be the year of the death of the foreign correspondent – instead, media sources will rely heavily on stringers and citizenry, simultaneously furthering the blow on traditional media while creating new opportunities for locals.

7. A Flip in the Syndication Model

Another disruption in the industry will see mainstream media sources moving away from regurgitating the same story on multiple channels, instead running original content increasingly originated by niche outlets and curated for a more personalized and tailored approach across mainstream sites:

“You already see this taking place on sites like CNN.com or NYTimes.com, both of whose technology sections feature headlines and syndicated content from niche technology publications. In this case, it won’t only be the reader demand for original content that drives niche publications to produce more original content, but also its relationship with established organizations that strive to uphold the quality of their content and the credibility of their brand.”

USA Today and the New York Times are among larger news conglomerates who are shifting to a decentralized,  multiple social media editor approach as journalists become community managers for their organizations. 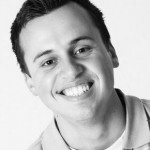 As we increasingly split our time between the TV and the Internet (often utilizing both at once), Internet-based TV streaming will introduce ways for audiences to suggest, rate, and chat about television programming as its viewing, turning the experience into a social once much like online news has become. Not only will people be connecting their TVs to the Internet, but the way ad dollars are sold and captured will be disrupted we choose different venues for making viewing decisions and find ways to consume content without sitting through traditional commercials.

To read the full article on Mashable, click here.