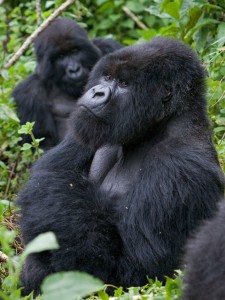 Kampala, UGANDA— A recent statement from the wildlife agencies of Uganda, Rwanda, and Democratic Republic of Congo (DRC) stated that the current gorilla populations in all three countries have increased significantly, by 26.3% over the last seven years. This is exciting news for conservationists and tourism organizations like Volcanoes Safaris, who have worked to protect the gorillas and their habitat while providing travelers with life-changing close encounters with the endangered gorillas.

Volcanoes Safaris, one such gorilla tourism organization, is widely recognized for their integrated, unique eco-tourism model which is centered on protecting the threatened gorilla and chimpanzee populations of the Western Rift Valley in Africa. Using a truly grassroots method of promoting tourism, the Volcanoes Safaris eco-lodges, which are the only lodges near Africa’s gorilla parks, were created to use environmental resources in a sustainable way while empowering local communities by employing only local people to manage them. Because of their highly successful model of tourism, Volcanoes Safaris has taken over 6000 clients on gorilla safaris, and currently employs over 100 people globally. 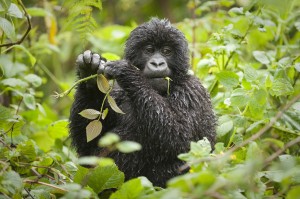 This exciting news bodes well for the future of gorilla tourism, and for travelers who dream of seeing the mountain gorillas in their natural habitat. To learn more about gorilla safaris or Volcanoes Safaris, visit www.volcanoessafaris.com or contact Stephanie Moreland at [email protected].

2 Comments to The Gorilla Population In Africa Is On The Rise, Demonstrating Gorilla Tourism’s Positive Impact