Last year in October, Chile started the adventure revolution by hosting the ATTA’s Adventure Travel World Summit (ATWS). The event, which took place in Puerto Varas, brought together the Chilean adventure tourism industry and gave local tour operators the chance to showcase the country’s adventure tourism products to 700 delegates from over 55 countries. Attendees included travel agents, international writers and photographers and representatives from the top players of the global adventure tourism industry. 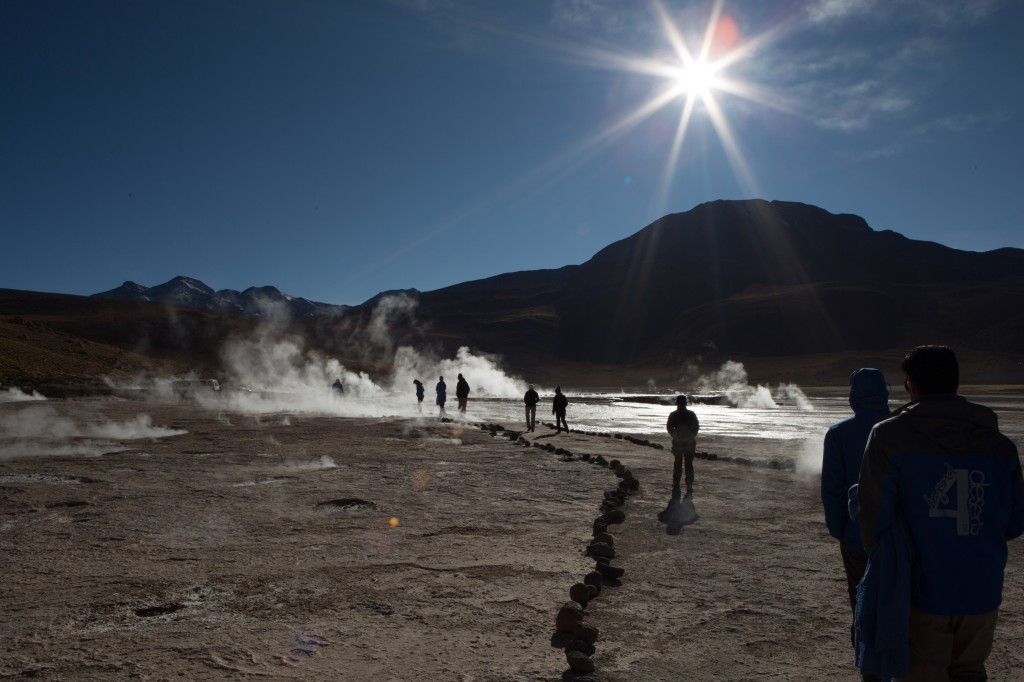 A group visits the Tatio Geysers in the Atacama Desert on a Pre-Summit adventure before ATWS 2015. © ATTA / Rupert Shanks

Now, six months later, Chile is experiencing the lasting influence of the business partnerships, contacts and media coverage that the Summit brought to its tourism industry. The ATTA checked in with Sernatur (Chile’s national tourism organization) and several ATWS Chilean delegates to learn more about some of the returns to the destination.

“It was an honor to have the 2015 ATWS in Chile,” said Debbie Feldman, General Manager of Turismo Chile, “Chile has grown as a destination for adventure tourism in a responsible and sustainable manner. The ATWS gave Chile’s adventure industry a huge opportunity to show off its beautiful landscapes and adventure opportunities. Now, we have 700 new ambassadors all over the world.”

Shortly after hosting the Summit, Chile won South America’s Leading Adventure Tourism Destination for 2015 at the World Travel Awards, known as the “Oscars of Tourism.” It was the first time Chile had received the honor. 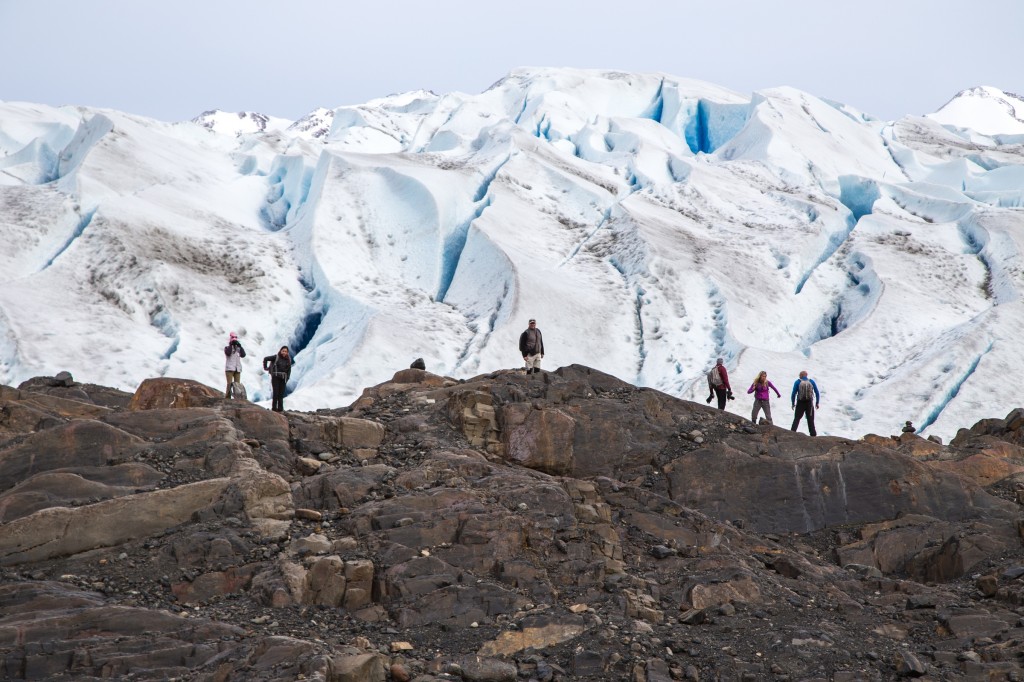 For Juan Federico Zuazo, from Yak Expediciones, one of the best takeaways from the Summit had to do with the educational program. “The keynotes were top level and the other attendees were professionals who also gave us a lot of useful feedback about our products and itineraries,” he said.

The ATWS also put a media spotlight on the region, increasing interest even more for adventure tourism in the region and bringing requests for itineraries that showcase not only the most recognized regions of Chile, but also the off-the-beaten-path destinations that the country has to offer. It has also allowed local operators the opportunity to open new markets and capitalize on the interest for new adventure routes.

“The Summit has generated a domino effect for the adventure tourism industry in Chile. As a small business, the Summit and ATTA have allowed us to be in touch with bigger companies and media, and generate business and networking”, said Raffaele Di Biase Cuomo, Head Guide & Director of Birds Chile. “One of the biggest added values that the ATWS has is that the event generates a lot of friendship connections that help create solid business relations that otherwise would take years to build.” 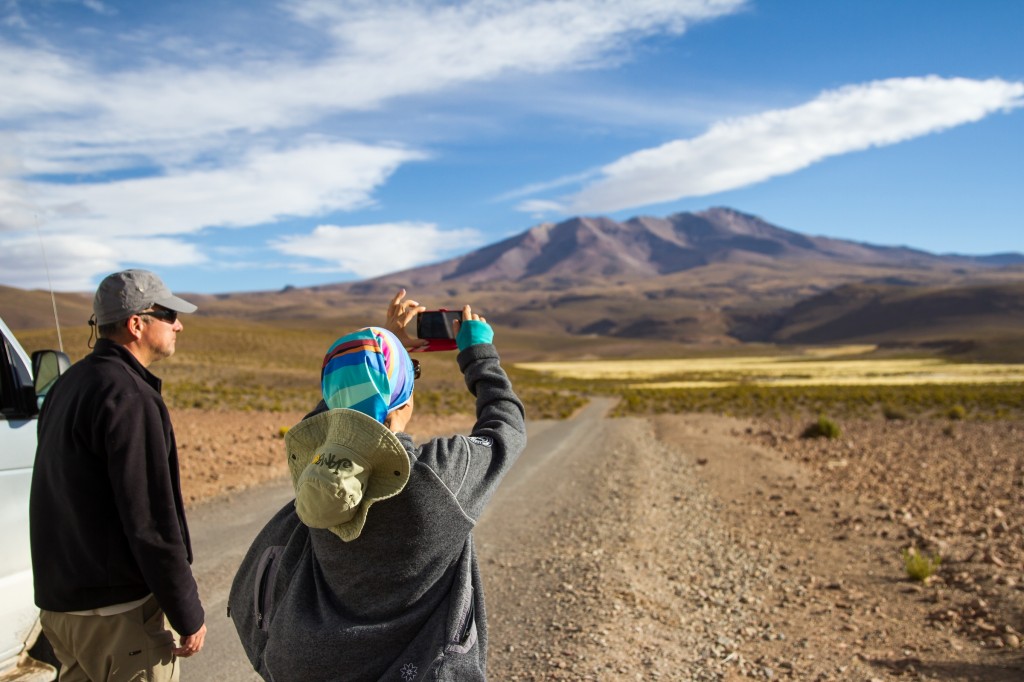 A trip to the altiplano in the northern part of Chile before ATWS. © ATTA / Hassen Salum

The networking activities provided by the format of the ATWS are one of the best business opportunities that this event brings to local operators. “I told my staff that there would be a before and after for Chiloe Natural because of the Summit,” says Cyril Christensen, Director & Co-Founder of Chiloe Natural. “We operated a Pre-Summit Adventure on which we had the good fortune of hosting Lyn Hughes, Editor-in-Chief of Wanderlust Magazine. In the January issue of Wanderlust there was a 4-page story on Chiloe, and because of it, we have already started receiving requests from people that read about us there.” Christensen adds that even the coffee breaks became top level business meetings during the ATWS.

For Ximena Castro, the Sales and Marketing Manager for Fantástico Sur, the success of the Summit is in the groups she is receiving from the buyers she hosted on Pre-Summit Adventure. The groups are coming from new strategic allies that discovered a niche for their clients during this trip, opening new markets, such as the German market for her company. The ATWS also opened her mind to new route ideas and new local alliances that can grow her business.

The effects of hosting the ATWS will be felt for years. Chilean delegates know that they will keep seeing the rewards of the industry’s hard work leading up to and following hosting the Adventure Travel World Summit. The Revolution has begun.