Triple Crown of Awards Maintains SAA’s Position as Africa’s Most Awarded Airline, and Lands it in Hall of Fame 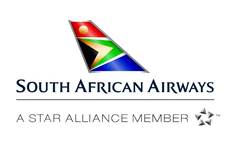 Fort Lauderdale, FL – South African Airways (SAA) was named Best Airline to Africa by three respected business travel magazines in North America, reaffirming its long-standing position as Africa’s most awarded airline and preferred carrier for business travel to the continent. The triple crown of awards was bestowed in December, after readers of the magazines voted SAA as their favorite airline to Africa.

“The readers of these three prestigious magazines are truly discriminating and difficult to impress, given their extensive travel to all corners of the globe,” said Marc Cavaliere, executive vice president, North America & Alliances, for South African Airways.  “It is certainly a feather in our cap to be named their favorite airline to the African continent, and to even earn a spot in Global Traveler’s Hall of Fame. We will work hard to continue to earn their loyalty and praise by offering the most convenient schedules and the most comfortable amenities from North America to the African continent.”