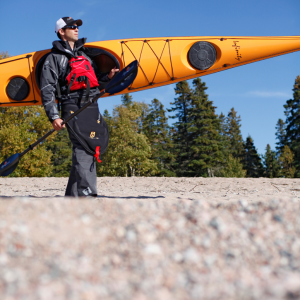 Heliconia Productions is seeking top paddling destinations to film in 2016 for Facing Waves—North America’s only paddlesport TV series, which airs on Outside Television and the Nautical Channel.

Facing Waves is an adventure travel TV series that showcases top paddling destinations around the world; sharing paddling adventures while telling the story of the region and people of the area. Entering its fourth season, the Facing Waves TV series features sea kayaking, stand up paddling, canoeing, rafting, and whitewater paddling from around the globe. Each 30-minute episode is broadcast into more than 30 million homes in 44 countries and three languages through Outside Television in the US, and the Nautical Channel internationally.

“Facing Waves is all about sharing the magic that surrounds our oceans, rivers, lakes or ponds, and inspiring travelers to visit these magnificent destinations,” says Heliconia President and Facing Waves guest host, Ken Whiting. “Paddlesports simply provide a unique and spectacular means of exploring and learning about a region.”

Heliconia is searching for new destinations to feature and film in 2016.  If you are interested in becoming an episode sponsor and hosting the Facing Waves crew, please contact Stefanie Manton, at 613.582.7154 or [email protected] for details.