With four adventure-rich provinces on the Iberian Peninsula bordering France and Andorra and the Mediterranean, the tourism board of the autonomous region of Spain called Catalunya (Catalonia) is stepping forward to support the private sector in better understanding and accessing opportunities in the global adventure tourism marketplace. 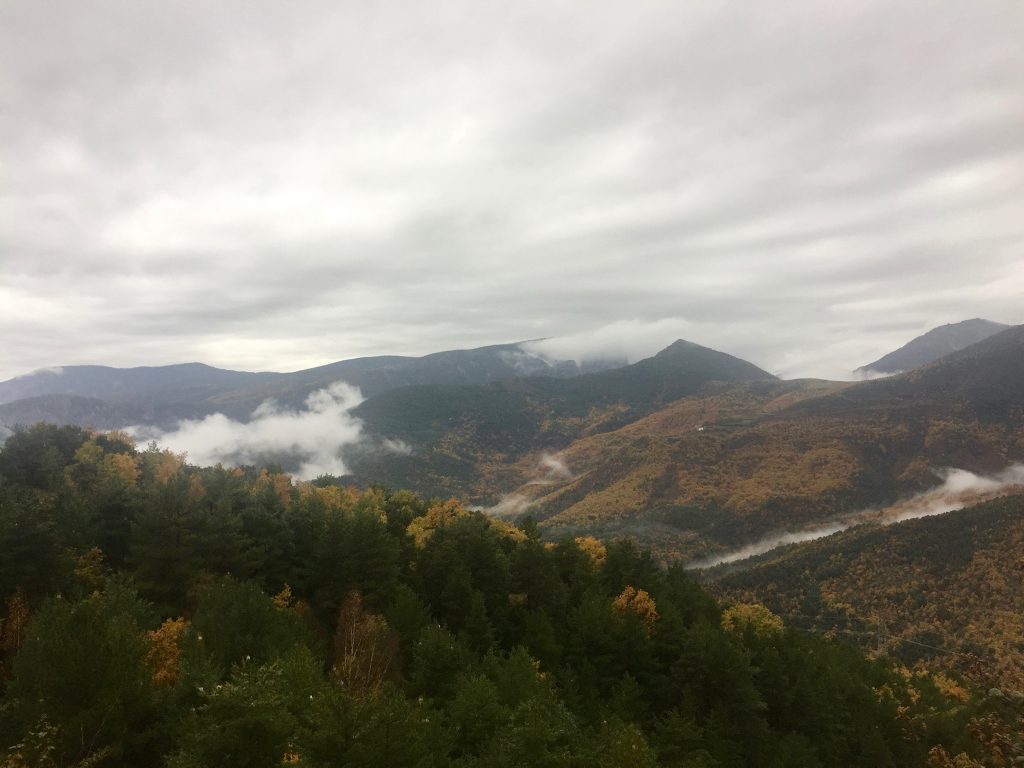 In addition to collaborative trade marketing activities with the Adventure Travel Trade Association scheduled for 2017, the Catalan Tourism Board hosted the ATTA in late November 2016 to offer compact training sessions, plus share trends and offer short- and long-term vision for adventure tourism destination development at meetings in two regions deep in the Pyrenees. An agreement between the Catalan Tourism Board and a complex grouping of public and private sector organizations requires these annual networking meetings to encourage the brand “Pirineus” internationally as a tourist destination (e.g., famtrips, presstrips, workshops, presentations, advertising campaign, etc.).

It appears progressive, and it is. The intent and focus of these meetings seems to be just right. But, even by their own admission, they struggle to truly cooperate between sectors, businesses and communities.

Perhaps lingering economic challenges and surface-level political tension relating to Catalunyan focus on seceding from Spain obscures and blocks openness to effective cooperation and imaginative long-term visions for the future of leisure tourism in the region.

For the Catalans, it has been challenging to look far down the road. Local entrepreneurs thoughtfully queried the ATTA as to whether it is possible to balance the short-term gains derived from hoards of mass tourists from Barcelona seeking solace in the rich natural landscapes of Costa Brava, with the potential of long-term, long-haul adventure travelers who tend to stay longer, spend more and truly wish to deeply explore the region.

Truly, there is no easy answer. There is simply a gray area where balance is the objective.

Catalunya presents a noteworthy, weighty “brand,” even before they effectively “branded” tourism there – not only because this Pyrenees mountains-to-Mediterranean sea landscape offers the essential ingredients required for rooted and raw adventure experiences in nature and culture, but because it carries with it the weight of the “Catalan” brand.

Even at first-blush levels, the architecture, the mind-set, the very way in which the locals have their own Circadian clocks, force one to look inward at why the Catalans excel, why they are so different, why they lure you in.

Between two days, two events and two regions, one thing became starkly clear: they are hyper-competitive and focus on their individual business at hand. It’s not a bad thing, really. They’re doing well. They are focused. They are innovative. They simply are not yet connected as a community. And, for long-range vision and planning, that’s a challenge. It seems that they recognize it, which is why the invitation came to the ATTA to help them understand their place in the “big picture” of the blossoming global adventure travel sector.

When asked a difficult question: “Does the ATTA believe that some places simply ought to not allow tourism?”, the answer is unequivocally, YES! It is the truth. Some places just need to be left alone. Deep down this is understand by many in the industry. But, in this uber-connected, mobile, transient, troubled and agitated world, it may simply not be in reality possible. Still, such super-protection should be allowed of highly sensitive cultures and places where the possible benefits of human impact and visitation, are far outweighed by the importance of protecting the same at all costs.

Profit for individual gain is such a divisive design. It’s the work of the proverbial “Devil.” When destinations awaken to the possibility of shared “profit,” magic can happen.

During the two days in the Pyrenees, the ATTA’s Chris Doyle attempted to convey an avenue which at once offers the opportunity for individual profit and for community profit through a web of economic prosperity made possible by the spirit of generosity and sharing, which can be leveraged by a community to enhance quality, best practices and professionalism, all while enhancing the experiences of progressive travelers eager to engage in transformative experiences. 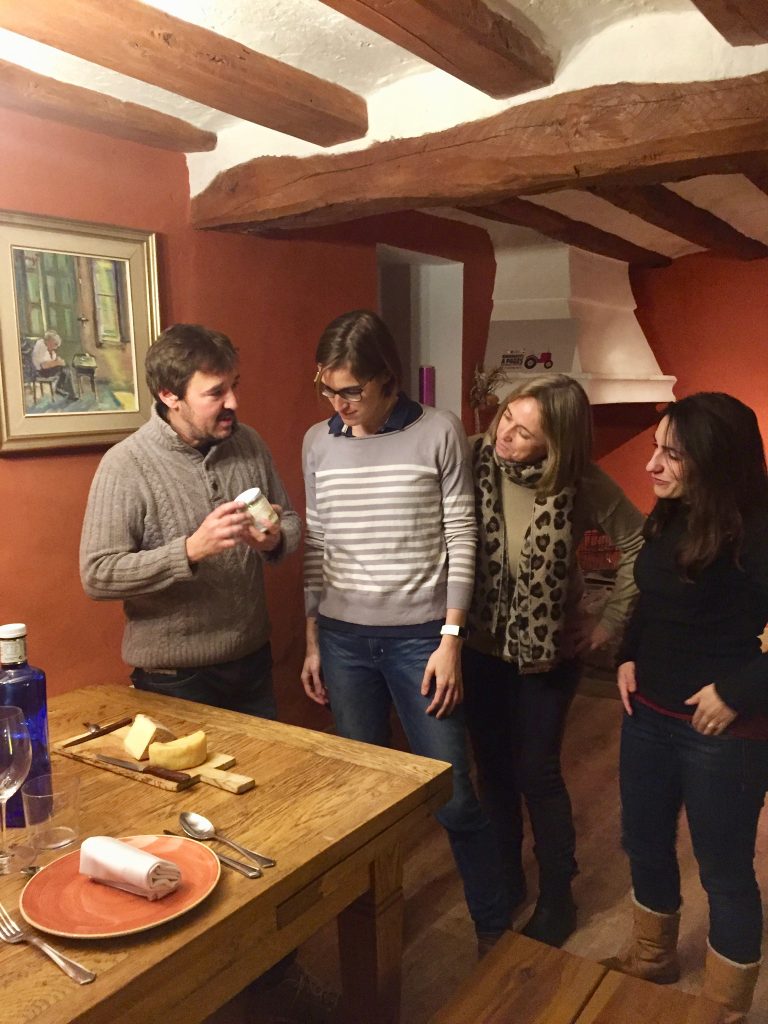 “Ramon” describes locally crafted foods at his restored farmhouse just outside Sort, Catalunya, and adjacent he and his partners’ Batlliu de Sort winery

But, the premise is real and can lead, one day, to the end goal: net gain through (adventure) tourism. Gain which helps to restore vitality to rural communities across the globe – offering hope for young people with a dizzying array of conflicting desires and paths. Gain which helps to protect, preserve and revitalize languages, cultures, languages, forests, wild places, wildlife, and so on. When electric planes and all other forms of transportation move almost entirely away from fossil fuels, there will be dealing with a whole new bevy of challenges – challenges many cannot effectively predict, prepare for and/or cope with, yet which offer hope and alternatives to the conundrum: the negative impacts of tourism.

So, what can be done?

Together, the industry can stop being so absurdly competitive while finding mutually beneficial paths. The importance of being thoughtfully competitive must be considered – which means, sharing to the point of “fault,” offering support to those who share similar visions, contributing to others who are in the same competitive space in a way that helps sharpen each other’s swords, so that the industry can be ready for the even more significant battles which threaten the existence of adventure travel.

An important idea to consider: that companies within a single destination, be it a county, province, region or country, are not actually competitors within their geographic sphere, but rather, they are competing against the “zillions” of businesses and destinations worldwide clamoring for the attention of the travelers who have limited time and money and must make seriously difficult decisions around where their next holiday might be. The destinations are the ones competing with the “Big 5” in Africa, with the Inca Trails, with Antarctica and other amazing destinations of the world that are on most travelers’ bucket lists.

So, when a character-super-rich destination like the Pyrenees (and many other destinations around the world with the very same competitive climate, as the Pyrenees are just an example) compete among themselves, they may be missing the bigger picture: cooperation amid a competitive environment whereby the larger aim is to pursue a powerful sustainable approach to ensuring the livelihoods of rural communities within their geographic sphere is the true aim – offering locals not an alternative, but a compliment to their existing livelihoods, is where both public and private sectors can achieve the very real objectives. To ensure their futures are ensured and that the product remains intact, naturally and culturally rich, desirable and able to manage the capacity of yet another billion travelers expected on this planet in the next 13 years.

Yes, these were some of the discussions from the highly desirable Pirineus (better known as the “Pyrenees”) mountains bordering Andorra and France, and within a stone’s throw to the soft, and super-sensual Mediterranean, which few can argue is not near the top of their “must” visit lists.

Still, competitive mindsets persist to destinations’ and individual businesses’ demise. It is troubling that deeply adventurous destinations just 200km apart had no real intention to cooperate, collaborate or even reach out.

However, in the following two weeks after back-to-back presentations some budding potential emerged in the concept of cross-regional collaboration. In less than two weeks following the ATTA’s programs in the region, there was optimism, inspiration and eagerness to do just that – reach out to “neighbors” now that they recognize that multiple areas within such a geographically tight destination are not actually competing against one another, but competing against the threat of mass tourism, as well as against other world wonders which, in some cases, for more than 200 years have been capturing travelers’ mindshare.

It was exciting to learn that world-ranked climbers, trail runners and aerial sport competitors choose to live in the Catalunya region due to its top-notch nature-based resources. Many travelers just do not realize how stunning the region is. That is what exploration and reconnaissance is all about – delving deep beyond the marketing hype to come to understand a destination.

To move beyond “gateway” cities and attractions which distort the reality and potential of a destination. Therein, beyond that which we are “supposed” to desire, lies the true gems of adventure tourism: something a traveler can nurture, contribute to, and favorably impact for generations to come – to leave a legacy.

In addition to the globally renowned Barcelona of Catalunya, Spain, rests some of Europe’s insanely intriguing mountains—30-percentage-plus of which represent protected and national parks areas, utterly distinct architecture (even the hundreds-years-old farmhouses hold mystery and visual arresting angles), and under-publicized culinary artistry. And these are just surface-level experiences seen over the course of a few in-destination visits, coupled with expected research.

Language barriers exist. Plus, public and private destinations recognize as weaknesses that access and infrastructures (e.g., digital, signposting, telecommunications, public transport) exist. All participants acknowledge a lack of synergies between destinations WITHIN Catalunya.

Besides all of that, it’s one of those destinations that travelers leave expecting to return again. The destination remains untainted, under-exposed, and yet holds such visceral interest, that it should be treated as a world-class destination ready for investment by international tour operators and agents hoping to introduce to their clients a “new” part of Europe sure to titillate.