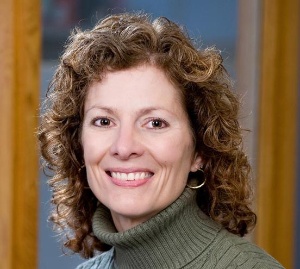 Sallee will lead the Accounting, Finance, Treasury, Tax/Payroll, and Purchasing teams. She joins the co-op from T-Mobile USA where she had been employed since 2005. She most recently served as the company’s vice president and controller. Sallee is a certified public accountant, and her career also includes accounting roles in other wireless companies. She started her career in public accounting as an auditor, primarily serving publicly-held companies. Sallee is a native of the Pacific Northwest and graduate of Pacific Lutheran University. She enjoys hiking, cross country skiing, traveling and reading.

In addition, REI’s board of directors recently approved the promotion of three of REI’s leadership team members to the position of senior vice president.

In her 21 years of REI service, Angela Owen has led various Merchandising functions, currently overseeing the division’s product assortment, financial planning, inventory management strategies and vendor partnership development. She was promoted from vice president, Merchandising. Owen also serves as board vice president for The Conservation Alliance, a group of outdoor industry companies that funds and partners with organizations to protect wild places for their habitat and recreation values.

Tim Spangler joined REI in 1993 and most recently served as vice president of Retail, following other leadership roles within the company. Spangler oversees 114 stores and is accountable for all store field operations. He serves on the board of NatureBridge, an organization dedicated to engaging youth through national parks in the West.

Tom Vogl joined REI in 2006 as vice president of Marketing. Among his responsibilities, Vogl oversees brand creative and production, customer insights, advertising, direct mail, social media and marketing planning. He serves on the board of the Chief Seattle Council for the Boy Scouts of America and is himself a scoutmaster.