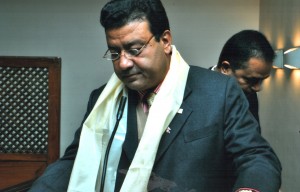 The 37th Annual General Meeting of PATA Nepal Chapter was held on January 03, 2013 at the Shangri –La Hotel, Lazimpat. The Chief Guest of the evening was Honorable Minister for Tourism & Civil Aviation, Mr. Posta Bahadur Bogati

During the meeting Mr. Pawan Tuladhar, Chairman, Mr. Sunil Shakya, Honorary Secretary and Mr. Suman Panday Honorary Treasurer presented their reports of the fiscal year 2011-12.Which was made open to the floor for questioning and discussions. 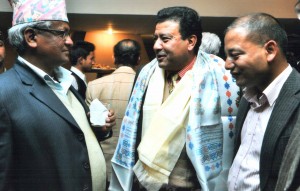 The Chairman covered issues of broad interest in the tourism industry, briefing about the Chapter activities and plan.

The Honorary Secretary presented a detailed report on the Chapter activities for the year 2011-2012.

PATA Nepal Chapter has worked in joint coordination with Nepal Tourism Board (NTB), The new fiscal year includes plan to continue to organize and coordinate such events related to Tourism Marketing and Promotion. Some serious 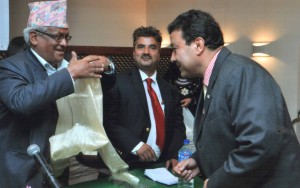 efforts like pursue the government and other responsible authorities to lunch National campaigns, similar to Nepal Tourism Year. PATA Nepal Chapter shall immediately start consultation with other stake holders of Nepalese Tourism Industry to organize ‘Himalayan Tourism Mart and Conference ‘which will definitely help Nepal to remain in focus of Tourism World and maintain as leader in adventure travel in Himalayas. 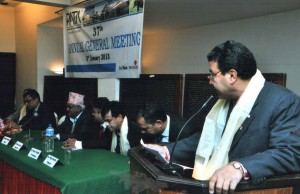