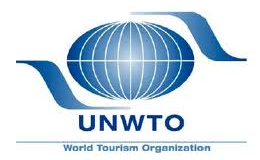 The Ministers of Tourism of the major economies meeting in Paris for the 3rd T20 Ministers’ Meeting have called on decision-makers to consider tourism within their strategies to foster the economy and when facing mounting challenges, namely that of job creation (Paris, France, 25 October 2011).

The meeting approved a declaration calling on members of the G20 to “register the importance and impact of tourism as a topic of discussion in the coming years’ summits” considering the “significant economic and social potential of tourism for the global economy, employment and sustainable development”.

“We need to convince our decision-makers of the importance of tourism to the economy and employment,” said Mr. Frederic Lefebvre, Minister of Tourism of France, opening the meeting. “In these challenging times, we need to maximize our strengths and tourism is one of them,” he added.

“Tourism can be part of the solution to the economic difficulties facing the world,” said Mr. Taleb Rifai, UNWTO Secretary-General. “Amid increased economic uncertainty, unacceptably high unemployment rates and the challenges of fiscal consolidation and increased taxation in many economies, it is time for us to recall the role tourism can have in increasing exports, driving economic growth and creating jobs,“ he added.

The debate highlighted the multiplier effect of tourism on other sectors of the economy in terms of output, and particularly employment, as well as the contribution of the sector to minimizing trade unbalances in many economies and promoting regional development.

With one billion tourists set to cross international borders in 2012, the meeting furthermore stressed the impact of tourism in fostering social wellbeing and understanding, and the need for it to address the challenges of sustainable development and climate change to ensure a sustained future. Ministers also stressed the need to reduce travel barriers and increase investment to move the tourism agenda forward.

“In this period of economic transition, tourism is a strong driver of development,” said Mr. Antonio Tajani, Vice-President of the European Commission and responsible for Industry and Entrepreneurship. “As we face an economic and confidence crisis, all sectors should contribute to overcome difficulties and tourism can make a significant contribution to this effort,” he added.

The T20 is an initiative created to advocate the value of tourism within the strategies of economic recovery/growth; it aims to position tourism as a driver of economic, social and environmental change.