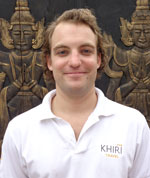 Khiri Travel has announced the appointment of Jack Bartholomew as Regional Director for Indochina. Ruben Derksen has also been appointed as General Manager of Khiri Travel Sri Lanka. Both appointments are with immediate effect.

Prior to being promoted to look after Indochina (Cambodia, Laos and Vietnam), Bartholomew was General Manager of Khiri Travel Cambodia. He now operates out of Hanoi.

Before taking up the Sri Lanka post, Derksen was General Manager of Khiri Laos. Ahead of his official appointment in Colombo, Derksen has been working closely with joint venture partner Luxe Asia under Managing Director Chaminda Dias for the last two months to create new signature travel experiences for Khiri guests. 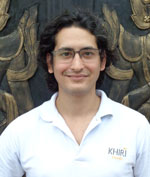 From the Sri Lankan capital, Colombo, Khiri will take guests to lesser known destinations such as to meet the original Vedda people of the forests. There will also be marital arts classes and leopard spotting in Wilpatu (instead of the usual Gal Oya).

Khiri has also introduced its own fleet of hybrid cars in Sri Lanka. A travel agent fam trip will take place in April 2015. More innovative itineraries will be announced soon.

“While there are many cultural and historical factors linking Cambodia, Laos and Vietnam, there is also great diversity and a fantastic amount of local charm off the beaten track,” he said.