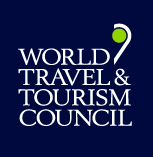 Japan’s Travel & Tourism industry is forecast to stage a complete recovery following last year’s earthquake and tsunami during the first half of 2012.

A new report by the World Travel & Tourism Council (WTTC), its fourth and final report since the earthquake of 11 March 2011, forecasts the full recovery of international tourism demand during the first half of 2012, having initially fallen 62% in April 2011.

David Scowsill, President & CEO of WTTC said: “Japan is the third largest Travel & Tourism economy in the world so its health is of crucial importance to our industry across the globe. Japan’s Travel & Tourism recovery has been much better than anyone could have anticipated 12 months ago. With help of a forceful marketing strategy, Japan is open and ready for business. Domestic travel recovery strongly last year and 2012 is forecast to be the year for full recovery of international visitors.

“It is particularly fitting that WTTC is holding its Global Summit in Sendai and Tokyo from 16-19 April. We are delighted to be taking the leaders of our industry to Japan at such an important time for the country.”

Other selected highlights from the report show:

•    Outbound Travel & Tourism has followed a similar path to that of domestic tourism as Japanese travellers quickly regained confidence, and recovery was more rapid than under any of the original scenarios. For 2011 as a whole, departures were 2% higher than in 2010 – to just under 17 million from 16.6 million in 2010 – with growth evident from as early as July. This means that outbound travel has not only recovered back to previous levels, in terms of trips, but has also fully recovered losses from the period during and immediately after the disaster. However, outbound travel expenditure was still more than 8% down on 2010’s level after the first ten months of the year
•    Oxford Economics, WTTC’s research partner, suggests the strengthening of the Yen may also have added as much as 4% growth to departures over baseline forecasts. But the increase in outbound departures averaged roughly 7% in the last six months of 2011, suggesting that other factors are also having a significant impact
•    JTB Foundation is currently forecasting a 4% increase in Japanese outbound travel, with a continuation of the trend to more short-haul and less long-haul travel
•    For 2011 as a whole, inbound arrivals were 28% down on 2010’s level – to 6.2 million from 8.6 million in 2010 – with January 2012 showing only a 4% down on the same month of the previous year. By contrast, visitor exports were an estimated 28% below 2010’s level through the first ten months of 2011
•    Business travellers have been quickest to respond to the reality that Japan remains a safe and attractive destination, with inbound arrivals approaching 2010 levels during the second half 2011. But leisure traveller volumes were still significantly lower than a year earlier in October, the latest month for which a breakdown of arrivals data is available
•    South Korea – Japan’s leading market source – was down 32% over the year, with just under 1.7 million visitors as against more than 2.4 million in 2010. Arrivals from number two market China slipped by 26%, although the last couple of months saw strong double-digit growth, thanks in large part to a major year-end promotional drive and an easing of visa requirements for Chinese
•    The Japan National Tourism Organization is aiming to top 2010’s record 18.6 million arrivals count in 2012