New tours in Kenya, Nepal, India and Turkey will uncover the customs, food, challenges and lives of local women

First three Women’s Expeditions launched in 2018 were one of the most popular ranges in Intrepid’s history, growing from four to 36 departures in a few months 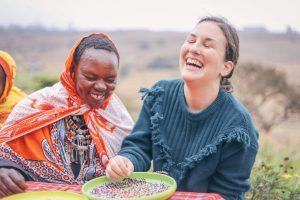 The women-only tours, led by female guides, provide a unique insight into the lives of women in Kenya, India, Nepal and Turkey. Travelers will meet people from all walks of life and hear their inspiring stories, from Becky, the first female overland truck driver in East Africa, to Syrian refugees forging a new life in Istanbul.

These trips include experiences that would otherwise be off-limits on regular departures, such as swimming on a female-only beach in Antalya or celebrating the female-only Gangur Festival in Rajasthan.

They build on the success of the original Women’s Expeditions in the Middle East, launched on International Women’s Day 2018. The range has proven one of the most popular in Intrepid’s 30-year history, growing from just four departures to 36 in the space of a few months.

Intrepid’s global product manager Jenny Gray said: “These new tours follow an incredible response to the launch of our first three Women’s Expeditions. The #MeToo era is making its mark on travel – our female travelers want to hear the stories and struggles of women around the globe.”

“This year we’ve discovered even more extraordinary stories of female empowerment. These remarkable new Expeditions give travelers the chance to hear from people from all walks of life about their personal and collective struggles and triumphs in achieving gender equality. They allow travelers to enter private spaces and foster conversations that would be impossible in mixed gender groups.”

Intrepid is committed to diversity and inclusion at all levels of the business and in 2017 set the ambitious goal of doubling its number of female tour leaders globally by 2020. Thanks to the work of Intrepid’s local teams in destinations including India, Morocco and Indonesia, the company has increased its number of female leaders by 70% and is on track to meet its target in 2020.