Stowell, who has led the ATTA since 2004 and Rifai, the former Secretary General of the United Nations World Tourism Organization (UNWTO), discussed the future of adventure travel and its role and responsibility in shaping the way forward for the entire travel industry in front of a full audience. The two touched on various topics including the power of travel to reshape people’s ideas and values, the disparity between wealthy visitors and poor communities, the impact of overtourism, and more. 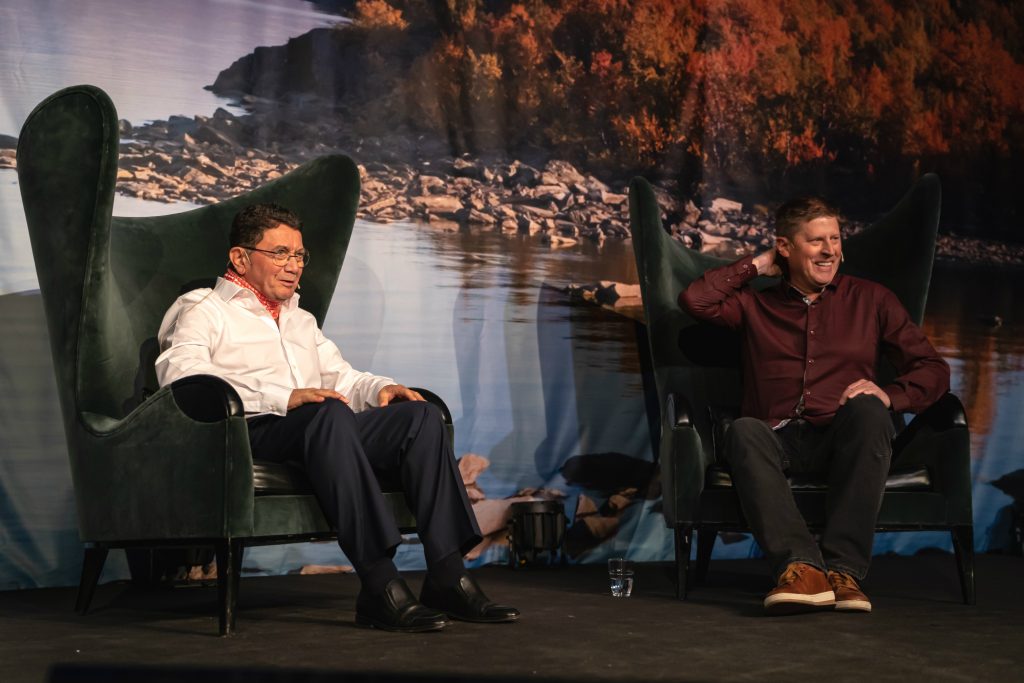 Throughout, Rifai, soft-spoken and deeply thoughtful, was convincing in his optimism. “Like any great human activity, our industry has downsides to it,” he said. “But our duty is to minimize the downsides and maximize the good things — the wonderful things — about this industry.

“We need to encourage more people to travel to enjoy the beauty of this world and its people,” he continued. “I have traveled around the world and I realize one thing: People are people, wherever you go. I’ve spent 20 years of my life working in tourism. I don’t care about tourism. What I care about is what it can do for people.”

Rifai and Stowell also addressed the theme of the event — Omtanke, or careful consideration — and firmly defended the power of travel to do good in the world. “I don’t think we should ever, ever try to stop people from traveling [due to environmental impact or overtourism],” Rifai said. “We have to educate them in how to travel in the right way. That’s the challenge. This is the story of mankind. Growth and progression. But we must do it the right way. It’s a management challenge, not a numbers challenge.”

Rifai was named special advisor to the ATTA in September of 2019.