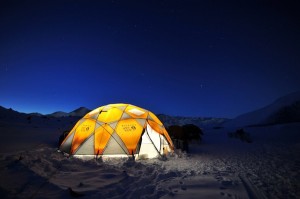 Sisimiut, Greenland – Remote and isolated, Greenland is little understood as a tourism destination. Six short adventure clips to be released this month over social media venues such as Facebook, Twitter and Vimeo, are seeking to change that by sharing the pioneering spirit of the people and opportunities for the ultimate adventures available in Destination Arctic Circle, Greenland.

The clips will follow the adventure of Greenlandic heli-ski guide and former Olympic Skiier Arne Hardenberg and Austrian Snowboard Pro Stefan Gimpl as they explore Destination Arctic Circle—a region in the northern part of Greenland. Each week, one installment of their adventure will be released on http://arcticcircle.gl/roughrealremote

The itinerary takes these adventurers from the extreme cold of Greenland’s Ice Cap where they watch the dancing Northern Lights to heli-boarding on the highest peaks in Western Greenland, to hanging out with urban, Arctic youth in Greenland’s second largest town, Sisimiut. Along the way they stop to go dogsledding, snowmobiling, and learn about the local cultural heritage and food. 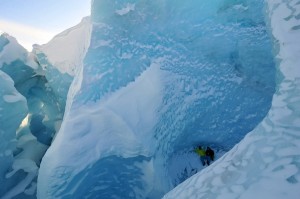 “We’re excited to share the experiences of Destination Arctic Circle through the eyes of such adventurous guys as Arne Hardenberg and Stefan Gimpl,” says Mads Pih of Destination Arctic Circle. “Their spirit of discovery brings out the best of what our region has to offer, and we hope it helps adventure tourists around the world connect with our rough, real, and remote destination.”

The three partners behind the journey, Greenland Tourism, Destination Arctic Circle and Air Greenland, are launching the videos as part of Greenland’s first-ever adventure travel campaign through social media. The campaign, project managed by Destination Arctic Circle and Xola Consulting, was designed specifically for social media and an adventure audience.