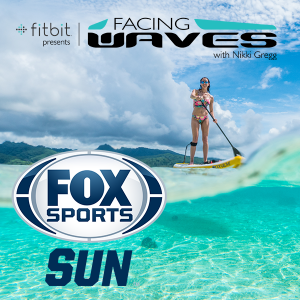 Heliconia, producers of Facing Waves presented by Fitbit—the first and only paddlesports TV series of its kind—is excited to announce a new broadcast agreement with FOX Sports Sun.

Heliconia, a leader in outdoors TV and WebTV production and distribution, is excited to announce that Season 4 of Facing Waves presented by Fitbit will air this summer on FOX Sports Sun. “Florida is one of the premiere paddlesport states” says President, Ken Whiting, “this is a perfect audience for the Facing Waves series”. The network is available in more than 6.1 million homes in the state Florida, FOX Sports Sun has been a fixture in the homes of sports fans throughout the sunshine state for more than 25 years.

Facing Waves presented by Fitbit is an adventure travel TV series that showcases top paddling destinations around the world; sharing paddling adventures while telling the stories of the people and the places.

Watch the Facing Waves trailer and learn more about the series at: www.facingwaves.com.

Facing Waves is currently accepting new destinations to film for its 2017 episodes.