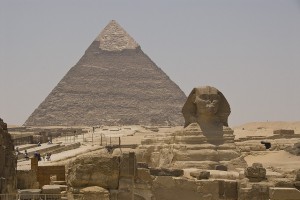 According to a recent Reuters article on Al Arabiya News, before the Arab spring events of early 2011, more than 10 percent of Egypt’s GDP came from the tourism industry. Civil unrest has remained sporadic, resulting in little to no rebound in the almost 4.7 million international visitor decrease since the political stress began.

However, domestic tourism has recently been a more reliable source of income – while domestic tourists spend less overall, they’re traveling in greater numbers due to higher flight costs internationally and struggles to get foreign visas. Local industry operators were quoted in the article with debating viewpoints on which type of tourist is better for the industry, but the consensus was that local travelers are providing a necessary lifeline while international tourists stay away.

Meanwhile, even as the Egyptian Tourist Association is striving to bring back foreign tourists, another article (in Trib Total Media, by Betsy Hiel) highlights the tension in the country as the Islamist leadership that seized power in 2011 makes increasingly radical demands – including the destruction of “idolatrous” and “pagan” statues, and “the people who worship them.” Among the targets are the centuries old Great Sphinx and Giza Pyramids. Egyptian media and pro-tourism coalitions are among groups condemning these calls to action, and the language is increasingly heated on both sides:

At the base of the pyramids and the sphinx’s feet, struggling tour guides and souvenir vendors are outraged. If Islamists harm the monuments, says one, “We will kill them.”

… Abdullah Nasr Fayed, 36, was born into tourism. He manages Nefr Bazaar and Guardian Travel Tourism Co., which includes a guesthouse with killer views of the pyramids. This should be high season for tourists, but shop and guesthouse are both empty, reflecting the virtual collapse of that all-important industry since 2011.“These people used to live in caves,” Fayed said of al-Gohary and his followers. “Let them come here and see what will happen. … If you stop my ability to make a living, I will fight to survive.”

Other demands from the radical factions include reviving an ancient tax law that targets non-Islamists and shutting down the government tourism ministry due to “prostitution and depravity.”