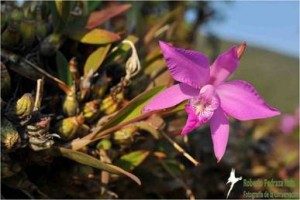 The proposal that the Sierra Gorda Ecological Group (GESGIAP in Spanish) presented to the World Bank’s Development Marketplace, “Reducing cattle-ranching impacts on biodiversity” was selected from among 1800 other projects from throughout the world. After going through a competitive selection process in 2008, representatives from 100 projects attended the event at the World Bank’s headquarters in Washington D.C. where judges finally chose 18 winning projects, including GESGIAP’s. Over the last three years, our project has truly reduced pressure on the forests and biodiversity in the Sierra Gorda through environmental service payments to local landowners, the operation of pilot farms that show that cattle-ranching can be profitable and does not need to damage biodiversity, as well as a strong teaching component based on organic and sustainable agricultural and livestock production. On 24th-26th April 2012, we were honoured to receive a delegation from the World Bank who came to interview beneficiaries and verify the impacts of the project on landowners and on the biodiversity which enjoys a larger protected area and the foundations and benefits of a conservation economy in action.