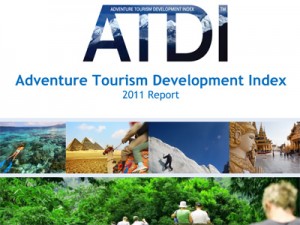 Washington -This year’s Adventure Tourism Development Index (ATDI), published by The George Washington University, the Adventure Travel Trade Association (ATTA) and Vital Wave Consulting reveals that Switzerland and New Zealand topped the rankings on sustainable adventure tourism for developed nations while Chile ranked first in the category among developing nations for the first time. According to the index, three new countries moved into the top 10 developing nations list, including Poland, Hungary and South Korea.

“Now that we are in our 4th year of study we are able to see more in the way of trends,” said Kristin Lamoureux, visiting assistant professor of tourism and hospitality management at George Washington. “The repeated appearance of Switzerland and New Zealand in the top three for example, along with several countries dropping in scores, confirms the importance of effective management.”

Now in its 4th year, ADTI offers a ranking of countries around the world based on principles of sustainable adventure tourism and is calculated through a combination of expert survey data and quantitative data gathered from international indices. The study is published in the ATTA’s research center.

“I was surprised to see the Republic of South Korea in the top 10 among developed nations,” said Vital Wave Consulting’s Christina Heyniger who originated the index concept. “The ATDI emphasizes entrepreneurship and South Korea had good scores in that area in the past; what pushed them into the top 10 this year was improvements in sustainable development policy, safety and health.”

The top 10 developed and developing countries in 2011 are as follows:

The ATDI ranks countries based on 10 key touristic value pillars including sustainable development policy and entrepreneurship, with added weight given to entrepreneurship. Scores are not a reflection of a country’s current popularity or visitation numbers for adventure travel, although in some cases a country’s ranking does correlate with those factors.

“The findings in this report drive forward our firm belief that all sectors of the adventure travel industry must work together to achieve development and cultural and environmental protection goals,” said Shannon Stowell, president of the ATTA. “Countries like Switzerland, New Zealand and Canada can provide models for developing countries as well as continue to innovate and push the boundaries further. It is encouraging to see Chile’s rise to number one; their stable economy, wealth of adventure activities and dedication from their tourism boards on nature-based travel, indicate an understanding of the long-term value of well-managed adventure travel.” 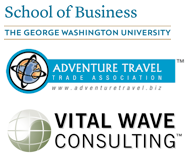 With the goal of promoting and informing sustainable development of tourism, the ATDI was created to support entrepreneurs and governments who want to create and market sustainable adventure tourism products and services for the benefit of communities and the environment.

NOTE:  In the absence of a generally accepted classification system for countries, the ATDI ranks countries according to their UN classification as ‘developed’ or ‘developing.’