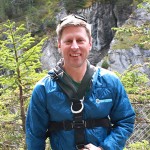 Shannon’s personal and professional background is well suited for the adventure travel industry. He has adventured in numerous places around the world enjoying diverse cultural and active experiences. He brings a special passion to this industry borne of experience and a desire to see adventure travel act as a driver for environmental protection, poverty alleviation and the protection of threatened cultures. His 20+ years of business experience, connections, marketing insight, environmental science, vision and passion for adventure travel have prepared him well to serve and lead as the president of the Adventure Travel Trade Association. Early in his career, with a B.S. Biology from Seattle Pacific University, Shannon worked as a fisheries observer on ships in Alaska for the National Marine Fisheries Service. After a stint on the Bering Sea, and work with the Colorado Division of Wildlife, he spent eight years at an environmental testing laboratory as a biologist/chemist. He moved into management to develop and spearhead the company’s international vision and Asian presence during his eight years.

Shannon then engaged in the dot-com revolution as a co-founder of Altrec.com, an outdoor and adventure travel gear retailer. He directed the company’s business development, affiliate marketing and non-profit relations for six years. Despite the dot-com boom and bust, Altrec survived, then thrived. Shannon struck deals with Amazon.com, CBS Sportsline, National Geographic, Backpacker Magazine, Virtuoso, Nike, Gore-Tex, Outward Bound and Virtuoso, among many others. He wore other hats during his tenure, including aspects of marketing, PR, advertising program development and development of Altrec’s sister site, Greatoutdoors.com.

Starting in 2004 under his leadership as president of the ATTA, the organization has grown into the largest international association of adventure travel companies with more than 900 members and dozens of national tourism boards, major corporations and influential individuals helping propel industry initiatives forward. Shannon speaks at numerous events throughout the year regarding adventure tourism issues and is engaged in numerous initiatives to help drive the tourism industry towards a more responsible future. In 2013 he emceed CSR day at ITB Berlin. The ATTA also hosts the Adventure Travel World Summits, which attract leaders from around the world to a different destination every year.

Committed to non-profit endeavors, Shannon is on the board of the Global Sustainable Tourism Council and also served four years on the Board of the American Hiking Society. He has also directed several community plays, been the vice-chairman in a community political group and served on the Library Board at his local library. Shannon also co-authored a book in 2008, published by National Geographic: Riding the Hulahula to the Arctic Ocean — A guide to 50 Extraordinary Adventures. He currently blogs for National Geographic Adventure. Raised on the Arkansas River in Colorado’s Rocky Mountains, Shannon today lives with his two children in the Seattle area.

Dear industry colleagues and friends, Here we are in the dawn of 2022, two years into the biggest disruption the travel industry has ever experienced. While bent, scarred, and tired,...

This letter was written by Shannon Stowell, CEO of Adventure Travel Trade Association, to commemorate the passing of our dear community member Rafael Gallo on March 23, 2021. We welcome...

A message from Shannon Stowell, CEO, ATTA I’ve heard a lot of friends and colleagues exclaiming in astonishment lately the shock of realization that we just passed a full year...

How ATTA Has Worked Virtually For 17 Years

The Adventure Travel Trade Association (ATTA) has been a primarily virtual organization from its beginning, with two of us working at desks in a spare room in Washington state and one...

A note from Shannon Stowell to ATTA Members March 17, 2020

Hope is not a business strategy. But……. we will still very much need it in these trying times. Especially with the WHO declaring the coronavirus a pandemic on March 11....

In 2017, the Adventure Travel Trade Association (ATTA) made a public commitment to address issues related to women in leadership and indigenous peoples in tourism. We accomplished a lot on...

Adventure Scales Conservation: What to Expect from the ATTA in 2018

Tourism, a $1.6 trillion USD industry, is increasingly being driven by waves of travelers yearning for transformative experiences, including new legions of travelers originating from China and other Asian markets....

We are saddened to report the passing of an industry leader and friend, Steve Fitzgerald. Steve and his life partner, Nicky, were key supporters of the Adventure Travel Trade Association...

With a Commitment to Gender Equality, ATTA Openly Shares Its Related Initiatives

In late 2016, staff at the Adventure Travel Trade Association (ATTA) decided to focus on two big initiatives that are important to us and our community, one of which was...

A friend of mine from the United Kingdom is raising his kids in the Middle East, and he’s understandably nervous. Not because his kids are at risk today, but because...

Kurdistan – “The Other Iraq” Open and Ready

Editor’s Note: This past December ATTA President, Mr. Shannon Stowell, interviewed Douglas Layton, cofounder of Kurdistan Iraq Tours LLC about adventure travel in Kurdistan and his own experience in the...

How Can Adventure Respond to the 2016 US Election?

Many around the world were stunned by the US Presidential Election outcome this past week and specifically here in the US there were a lot of fears and angst communicated...