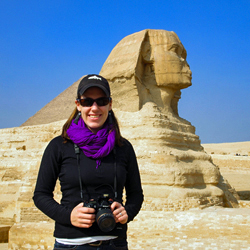 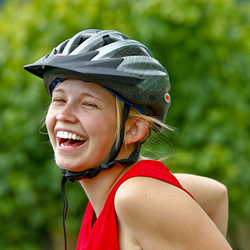 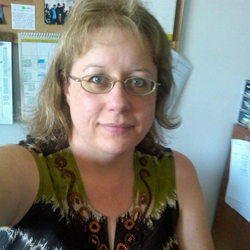 Billings, MT – The adventure travel business has been bullish for award-winning, Billings, Montana-based tour operator Austin-Lehman Adventures. In the midst of its best year yet, ALA has promoted within, naming four members of its staff to new roles and titles.

“2013 is really becoming a breakout year for us,” said Austin-Lehman Adventures founder and director Dan Austin. “Last year saw solid growth but this year is really exceeding all expectations in terms of guests booked and trips run.”  ALA will again see double digit growth over the previous year’s reservation numbers and the inquiries have yet to slow down.

To help handle the increased volume and maintain the high level of personalized customer service ALA has built a reputation upon, Austin felt it was time to promote from within bestowing new titles, roles and responsibilities to four members of its staff.

Christy Hamill, GM – Big Sky native and graduate of Montana State University-Billings with a BS in Accounting and Management, Christy’s experience in tourism includes the airline industry, a stint as front desk and revenue manager of a premier Montana hotel and as Director of Reservations at a local ski resort before continuing her love of the travel industry at Austin-Lehman Adventures. Her contributions have been vital to the growth of ALA and her duties include accounting, payroll and finance, operations & logistics, and human resources. “Christy has always been my right hand and as GM she will finally get the credit that is due,” explains Austin.

Amy Weidlich, Sales Manager – Also a graduate of Montana State University-Billings; with a Bachelor of Science in Biology, Amy first learned about experiential travel at the Billings, MT office of Global Travel Alliance where she spent five years involved in sales, trip coordination and guiding. “My travel experiences have given me a greater understanding of the interconnectedness of people and environments around the world. The more I know about a particular place, the more I love it and want to protect it for future generations to enjoy,” said Weidlich.

According to Austin, Amy has been a go-getter from Day 1. “Last year and into 2013 we have seen record sales month after month.  Amy has managed to break every single goal and personal best and continues to set new milestones for herself and her team each and every week.”

Blake Eden, Digital Media Marketing Coordinator – According to Austin, Blake continually steps-up, taking on more and more responsibility individually and as a team member. She was originally hired as administrative support, a title and duties that lasted all of two weeks before stepping in and drastically improving ALA’s social media and website efforts. Blake is a graduate of Franklin and Marshall College in Lancaster, PA, Cum Laude with honors with a BA in Art History. Prior to ALA her most enjoyable job in travel included time as the Front Desk Manager at the HF Bar Guest Ranch in northern Wyoming.

Kasey Austin, Vice President of Operations – 2011 graduate of the University of Montana in Missoula as a Presidential Leadership Scholar with a Bachelor of Science degree in Education, Kasey was just named for the second consecutive year, one of the top young travel industry professionals age 35 and under by Travalliance Media (publishers of Vacation Agent and [email protected] magazines). “Kasey exemplifies what a great employee is all about,” said father and founder Dan Austin with a great deal of pride. Kasey moves from Field Operations Liaison, where she spent the past two years overseeing the detailed orchestration of dozens of guides and subcontractors serving Austin-Lehman Adventures clients on five continents and in 40 unique domestic and international destinations to the expanded role of VP of Operations. She will be the primary contact and liaison for guides and in charge of the company’s Guide Quality Control Program domestically and globally. She will continue to be her father’s point person when it comes to trip development and the go-to guide to lead many custom trips and exclusive programs.