The Adventure Travel Trade Association (ATTA) continues to organize its membership division, and to guide this part of the association, it has hired Mira Poling Anselmi to join the global team as membership director. Anselmi will oversee the membership advocates, located around the world, who support the ATTA’s tour operator, accommodation, destination, media, and industry partner members. 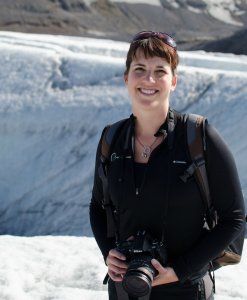 Anselmi became an ATTA member while guiding educational photography tours and leading the marketing team for a tour operator in Seattle, Washington, where she currently resides with her family. As the newest addition to the ATTA team, she brings a passion for fostering connections between mindful people, building community, and empowering conscientious businesses. And as the membership maven, she looks forward to being a champion for ATTA members, strengthening the ties that bind us to one another, and helping to elevate the industry as a whole.

She was hired in November as membership director to steer the membership strategy and began working December 1. Over the next few months, Anselmi will integrate into the ATTA team and connect with current ATTA members. Working closely with the ATTA’s executive team, the membership division will enhance its strategy to grow, educate, and foster deeper connections within the membership.

Anselmi follows in the footsteps of ATTA community and board member Luis Vargas, who worked with the ATTA from June 2017 to November 2017 as the organization crafted a separate member- and industry-focused division; he was publicly named president in 2017. Vargas, who worked during that same time period to secure funds for a new business venture, received funding in November. He has returned to his role as an ATTA advisory board member and will continue to provide strategic input from his board position.