What happens if the world loses its only wild desert lions? What if further destruction of Amazon forests strips away Indigenous people’s livelihoods and culture? What about places confronting large-scale mining operations that trigger significant pollution? Will travelers continue to visit these places, and how will the adventure travel industry, which is valued at $683 billion USD and represents 30% of global international travel spending, be affected?

This year’s Adventure Travel Conservation Fund (ATCF) grant winners stand apart in taking considerable initiative to face significant threats to important international travel destinations. Through the generous support of its world-wide membership, the ATCF awarded $100,000 USD to five organizations whose projects aim to preserve adventure travel destinations — the largest dispersal of funds in the organization’s history. All projects were nominated and voted on by ATCF members.

“The caliber of projects on our grant ballot this year was phenomenal. We are beyond thrilled to award a total of $100,000 to these five incredible organizations working hard each and every day to protect the places and cultures that we treasure,” said Soraya Shattuck, ATCF’s executive director. The following 2019 projects will each receive $20,000 USD worth of funding: 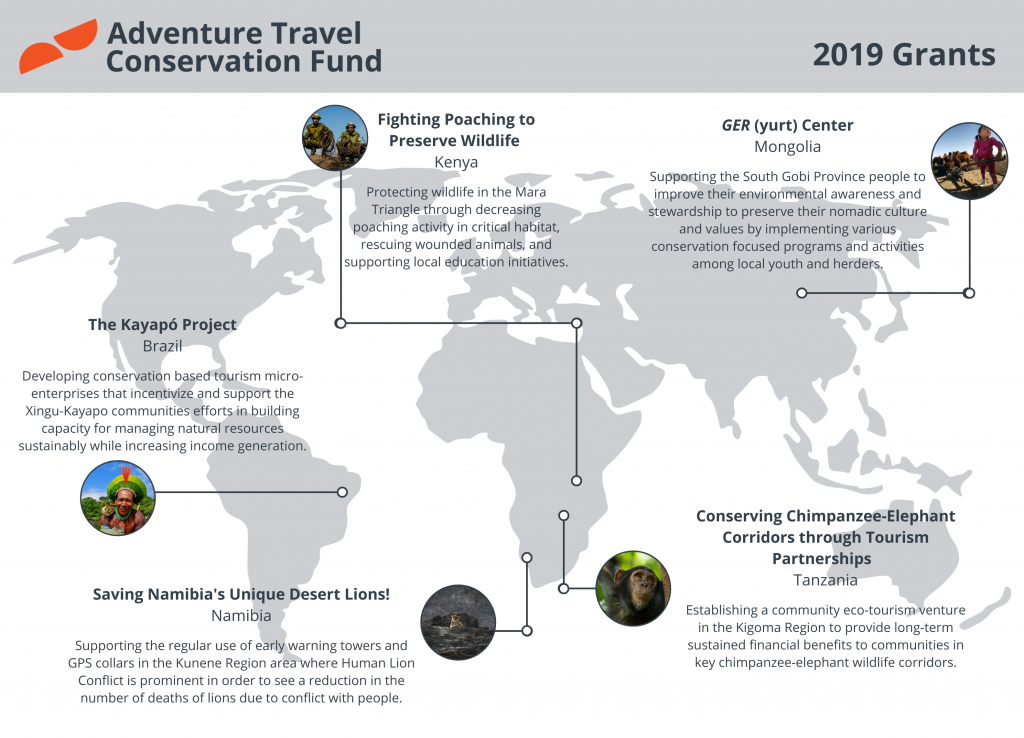 The ATCF directly funds local projects engaged in the conservation of unique natural and cultural resources of adventure travel destinations.

Maasai Mara’s charismatic wildlife populations attract more than 150,000 tourists each year, sustaining an economy that employs many thousands of Kenyans and preserves millions of wild animals. The Anne K. Taylor Fund has been hard at work since 1999. With the Fighting Poaching to Reserve Wildlife Project, the organization will make significant advancements in removing deadly poaching snares from critical habitat, rescuing wounded animals, and supporting local education initiatives aimed at creating an environmentally sustainable and tourism-friendly economy.

“I cannot tell you what a difference this will make to our work in the Mara,” said Anne K. Taylor, founder of the organization. “A million thanks to you and all who made the decision to support us so generously … We guarantee to you and all who made this decision that every penny will be put in the field where it belongs … and it will go so far to achieving so much.”

The Kayapo Project, managed by the International Conservation Fund of Canada (ICFC), protects a 10.5 million-hectare block of officially ratified Kayapo Indigenous territory in the southeastern Amazon. “The ICFC, the Kayapo Project, and the Xingu communities are thrilled to be receiving this year’s ATCF grant,” said Natalie Knowles, ICFC Kayapo project officer.

Namibia’s desert lions represent the only population of lions in the world outside of a national park increasing in number, but under constant threat. The iconic “desert” lion has become a prominent feature in Namibia and is highly valued, both aesthetically and financially, by conservationists and the growing tourism industry alike.

The Saving Namibia’s Unique Desert Lions Project will support further development and implementation of a unique early warning system that uses towers to track collared lions in lion hotspots, a method that has already resulted in a dramatic drop in lion predation on livestock and retaliatory killing of lions. With regular use of this technology, value will be added to tourism in the area with cascading benefits to the place.

Tristan Cowley, founder of the Conservation Travel Foundation by Ultimate Safaris said, “This grant is a giant step towards assisting us in finding a balance between rural human populations living with lions and lions themselves, a delicate balance which requires constant support for man and beast. We are absolutely delighted to partner with the Adventure Travel Conservation Fund in these efforts, efforts which have far reaching benefits for both the people of Namibia and the desert lions.” 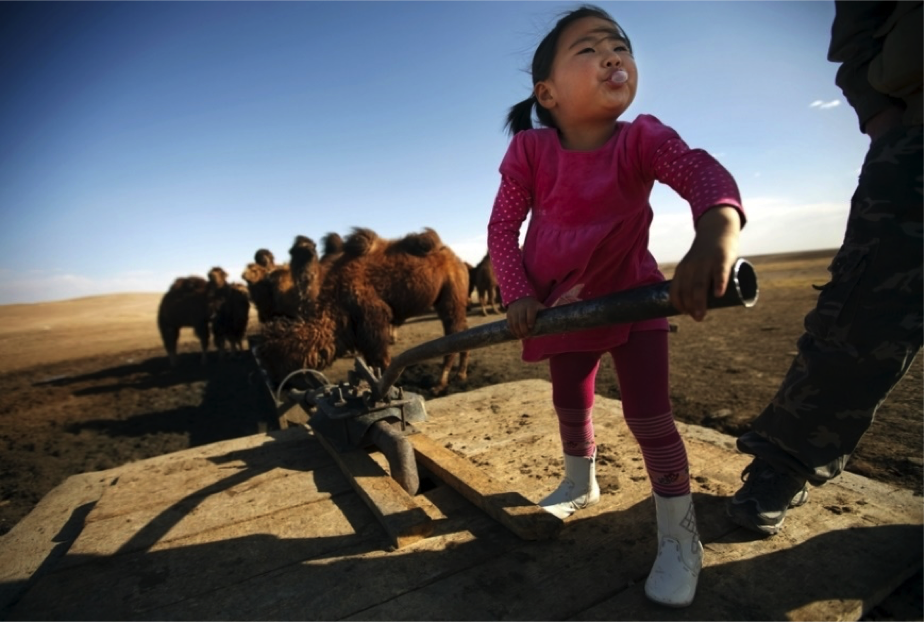 ATCF funding supports the traditional nomadic life and its tourism opportunities for families in Tost, Mongolia.

Mongolia is known for its rich mineral resources that have attracted mining companies domestically and internationally. Of the 21 provinces in Mongolia, the South Gobi province is home to the highest number of mines. The Gurvantes sum (district) is home to nine operating coal mining companies — the largest number in the province. ATCF funding will support the people in the Tost bagkh (the smallest administrative unit in Mongolia) to maintain their traditional nomadic way of life by preventing and reducing existing environmental and tourism threats related to mining and poaching.

In cooperation with Tost people, the Community Development GER (yurt) Center Project establishes a community development ger center that enables local communities to improve their environmental and economic education programs, as well as their involvement in tourism that benefits the local people.

The Mahale ecosystem is centered in one of the most important ecosystems in the southern Albertine Rift, recognized globally for both its exceptional biodiversity and high concentration of endemic species. This elephant wildlife corridor in Western Tanzania’s Mahale region stands to benefit from the local communities incentivized to protect the wildlife, forests, and key biodiversity. Funding for this project is of international conservation importance as an important adventure travel destination.

Learn more about the ATCF and how you can play a role in protecting the health and integrity of adventure travel destinations around the world.